The decision was made in the BCCI AGM held in Mumbai on Monday.

Mumbai: Bihar Cricket Association (BCA) secretary Aditya Verma on Monday confirmed that N.Srinivasan for all practical purposes has been sacked and recalled as the ICC chairman and confirmed that Board of Control for Cricket in India (BCCI) President Shashank Manohar will replace him. “The important decision taken by this BCCI team was that Srinivasan was sacked and recalled. BCCI president Shashank Manohar will represent as the ICC chairman in the next meeting. And in case if he is unable to attend the meeting due to professional engagement then Sharad Pawar will represent,” Verma told ANI here. Verma also revealed that an affiliation committee has been formed to look after the cricket scenario in Bihar. READ: Roger Binny sacked as national selector following BCCI AGM

“An affiliation committee has been constituted for Bihar, which will immediately submit a report to the BCCI regarding the present cricket scenario of the state The conflict of interest between BCCI officials and players was also approved today,” he said.

Earlier, Srinivasan has been under scrutiny in the wake of the Justice Lodha-led committee stating that there was a conflict of interest in him being both the BCCI president and the owner of the IPL franchise Chennai Super Kings. He was also placed under the investigative scanner in the wake of his son-in-law Gurunath Meiyappan being involved in spot fixing during the 2013 edition of the Indian Premier League (IPL). READ: Sourav Ganguly replaces Anil Kumble as BCCI Technical committee Chairman 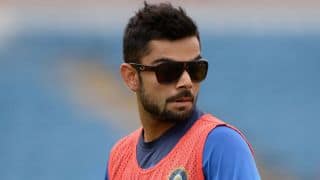 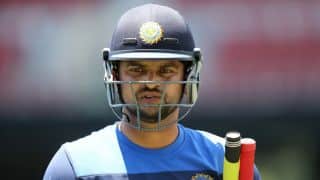