India-West Indies series have always seen explosive action and I don't expect anything less this time around, said Richards.

West Indies legend Vivian Richards is pinning his hopes on the current team to pose a tough challenge to Virat Kohli‘s battle-hardened outfit in the upcoming assignments in the Caribbean.

India will play three T20s, as many ODIs and two Tests in their upcoming tour of West Indies, starting August 3 in Florida, United States.The two Tests will be played as a part of the ICC Championship.

“India-West Indies series have always seen explosive action and I don’t expect anything less this time around. With the current form of the West Indies team, I look forward to them giving a tough competition to the Indian side,” Richards was quoted as saying in a media release issued by official broadcasters Sony Pictures Sports Network.

Former India captain Sunil Gavaskar, who made a memorable Test debut in the West Indies in 1971, said he has “respect” for players from the Caribbean.

“West Indies will always hold a very special place in my heart since I started my career over there and have immense respect for their players,” said Gavaskar. 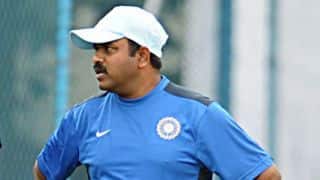