Soumya Sarkar is replaced by Imrul Kayes for the ODI and T20I series.

Souymya Sarkar, 23-year-old left-hand Bangladesh batsman is down with a strain to his left side and owing to this injury he will not be able to play in the three ODIs and two T20Is against Zimbabwe on home soil. 28-year-old left-hand opening batsman Imrul Kayes has replaced him for now. During practice on November 3, 2015 i.e. day before yesterday, Sarkar overstretched left side of his body while bowling and he immediately withdrew from the boot camp. He did not bat yesterday also. His MRI (magnetic resonance imaging) report said that he will have to take rest for around 14 days before returning back to the game.  Soumya Sarkar: Sourav Ganguly, Yuvraj Singh’s batting inspired me to become a left-hander

Bangladesh Cricket Board’s (BCB) senior physician Debashis Chowdhury said, “Such injuries take around 2 to 3 weeks to heal and therefore he will miss the matches against Zimbabwe.He will begin his rehab under the BCB’s medical team as soon as the pain subsides.” Sarkar has played three Tests, 16 ODIs and three T20Is for Bangladesh. He is considered as one of the best limited-overs batsman for Bangladesh. Hence, it is a setback for Bangladesh; his replacement Imrul Kayes record is very mediocre in ODIs and T20Is but he has a good record in Test cricket this year. He has been out of Bangladesh ODI setup for sometime; his last ODI was in ICC cricket World Cup 2015. READ: Bangladesh thrash South Africa by 7 wickets in 2nd ODI to square series 1-1 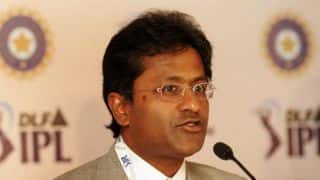