Cricket South Africa (CSA) have decided to send their players for a spin bowling camp to India.

After looking at the success rate of the players who attended a spin bowling camp in India before, Cricket South Africa (CSA) have decided to send their players for a similar camp to India once again. A total of 14 players including eight spinners and six batsmen have been shortlisted to attend the special camp. The camp is scheduled to take place in Mumbai from May 14 to May 21. Players like Simon Harmer and Dane Piedt had earlier attended a camp and according to CSA, it has helped then shape their attack with more proficiency. The board will look forward for similar benefits. READ: Tabraiz Shamsi set to make ODI debut for South Africa in tri-series against West Indies and Australia

As reported by jacarandafm.com, CSA High Performance (HP) manager Vinnie Barnes revealed, “The programme has been one of the major features on the CSA HP Skills Programme and has been held annually either in India or Sri Lanka. Simon Harmer, Dane Piedt, Prenalen Subrayen and Keshav Maharaj who have been on previous spin camps, have seen the benefits of working with top Indian spin coaches. It has also become quite an important initiative to improve our batsmen techniques and game plans against spin. Temba Bavuma, Rilee Rossouw and Stiaan van Zyl are some of the batsmen who have credited their improvement of batting against spin to the spin camp.” 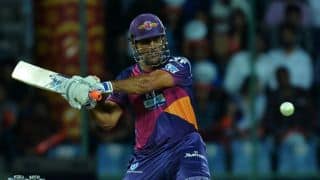