Hendricks admitted that a spot in the World Cup squad would be a dream, but he s not thinking ahead.

Opener Reeza Hendricks said that South Africa are well aware the threat Pakistan can pose in the ODI format. Pakistan, who were handed a 0-3 Test series sweep, bounced back to win the first of the five-match ODI series on January 19 at Port Elizabeth by five wickets. Both teams next face each other in the second tie slated to be held at Kingsmead in Durban on Tuesday.

“We know Pakistan is a good one-day outfit,” Hendricks, who scored 45 in the series opener, said on Monday.

“They’ve been performing really well over the years in one-day cricket, so we’re quite wary and know that they’re a good team. They proved it by beating us in P.E.” (ALSO READ: Preview: Pakistan look to continue winning momentum in 2nd ODI against South Africa)

South Africa lost just two wickets at Port Elizabeth but managed to accumulate just 266 runs on the board. Opener Hashim Amla was unbeaten on 108 off 120 deliveries, while debutant Rassie van der Dussen batted well for his 93 but failed to shift to the next gear in the final 10 overs. The hosts could score only 76 runs in the last 60 deliveries and never looked to threaten the Pakistan bowlers.

“We’ve had a good discussion around the PE game, what went wrong and what we can learn from. It’s been those discussions we’ve had, and a good training session today ahead of tomorrow’s game.”

With the ICC World Cup 2019 just about four months away, every player from both teams are looking to book their berths for the showpiece event at England and Wales. Hendricks admitted that a spot in the World Cup squad would be a dream, but he s not thinking ahead.

“Yes, the World Cup is around the corner, but we’ve got a series on hand now at the moment and this is an opportunity that we get as well. We take it as it comes. Personally, I’m taking it game by game, trying to contribute as well as I can to each game and every opportunity I get, and the rest will take care of itself. I’m not looking too far ahead, or looking who’s around me, because at the end of the day if I don’t get selected I know the player next to me and the guys that are going will do the job, and I back them 100 percent.”

South Africa have nine ODIs remaining before the World Cup and Hendricks reckons that the team are on track to fine-tune Vision 2019, the team s success plan at the quadrennial event.

“We’re quite close,” Hendricks said. “I think we’re on the right track. We’ve had a good chat in how to go about it and how we’re playing, and as a unit we’re all buying into it. We’re doing good things. There are still a couple of months to try and get it right for the World Cup.” 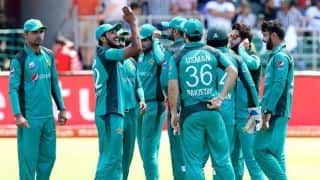 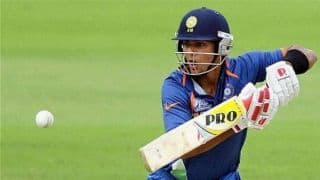