A day after Pakistan coach Mickey Arthur lashed out at the quality of pitches prepared for their tour of South Africa, Kagiso Rabada has said defended the surfaces saying scoring runs in Test cricket shouldn’t be an easy prospect.

Pakistan lost the first Test in Centurion inside three days posting 181 and 190 in their two innings. They then were bowled out for 177 in the ongoing second Test in Cape Town prompting Arthur to question the inconsistent bounce from Day 1 which led to seven stoppages for injuries to batsmen.

However, the pitch seems to have improved vastly with South Africa posting 431 in reply while Pakistan 294 in their second innings. Rabada feels that batsmen have to apply themselves on such tracks to score runs.

“I think the pitches have done quite a bit, but I also feel that when a batsman has applied himself, he has scored runs,” Rabada said on Saturday. “Right from India, through to Australia and now against Pakistan. It shows that when you’re prepared to fight in the middle you will get runs.

Captain Faf du Plessis led the home team’s reply with a century while opener Aiden Markram scored 78, Temba Bavuma 75 and Quinton de Kock 59. There were three half-centuries from Pakistan batsmen as well that helped them avoid an innings defeat.

Arthur said the quality of South African pitches has deteriorated since his time with them as head coach nine years back. But Rabada feels the wicket hasn’t been that demonic as it’s been portrayed.

“Faf got a hundred, there were two 70s with Aiden (Markram) and Temba (Bavuma) and a 50 from Quinton (De Kock). Even at Centurion Imam-ul-Haq batted well and Shan Masood batted well and he batted well again today. There have been runs and it shouldn’t be too easy to score runs in Test cricket. It shows that if you knuckle down, you can score runs. I don’t feel the wickets have been too bad,” he said. 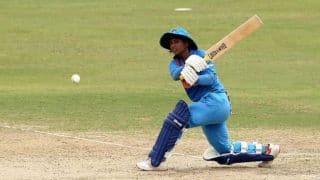 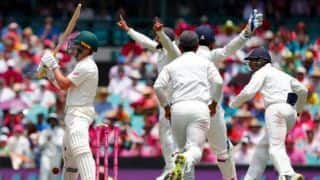