Plessis said that his team has forgiven Sarfraz but insisted that the team will not let it slide "under the table".

South Africa captain Faf du Plessis announced that his team has forgiven Sarfraz Ahmed for his on-field racial taunt directed at Andile Phehlukwayo but insisted that the team will not let it slide “under the table”. The incident took place during the first ODI when Sarfraz, the Pakistan captain called Phehlukwayo a “black guy” in Urdu which the stumps mics picked up. Since, Sarfraz has received heavy criticism, following which he issued an apology.

“We forgive him because he said sorry,” du Plessis said after South Africa’s training session on Thursday. “He has apologised and taken responsibility for it. It is out of our hands and ICC will have to deal with it now.”

Sarfraz was caught clearly on the stump mics saying, in Urdu: “Abey kaale, teri ammi aaj kahaan baitheen hain? Kya parwa ke aaye hai aaj?”, the literal translation of which stands, “Hey black guy, where’s your mother sitting today? What [prayer] have you got her to say for you today?”

The Pakistan Cricket Board and former fast bowler Shoaib Akhtar heavily criticised Sarfraz s comments, calling it shocking and unnecessary. As du Plessis said, the matter has been elevated to the ICC and the skipper mentioned it is important to keep one s emotions in check especially while touring South Africa.

“When you come to South Africa, you have to be very careful when you make racial comments,” du Plessis said. “I am sure he didn’t mean it like that, but he has taken responsibility and we will have to see what the outcome of that is going to be. “We’re not taking it lightly, but that fact that there was an immediate apology shows there is regret. We can forgive but that doesn’t mean we brush it under the table.”

Du Plessis went on to reveal that Phehlukwayo was not even aware of the incident the moment it took place, while breaking a tension with a light-hearted comment.

“Andy [Phehlukwayo] says he didn’t even notice it and thus felt it wasn’t really directed at him,” du Plessis said. “I suppose maybe because we didn’t understand it makes a bit of a difference. We’re a very gracious team. We forgive easily. Maybe not so much when it’s Australia.” 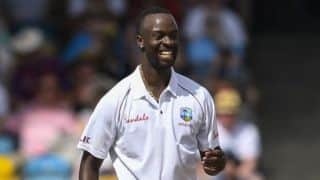 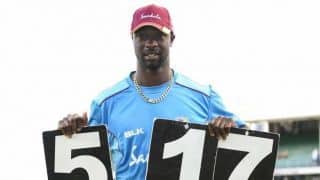