A series of off-field distractions has impacted Sri Lanka's performances, says the coach.

Sri Lanka‘s coach Chandika Hathurusingha has lamented a spate of off-field disruptions as having a negative impact on the team’s performances in recent times, while highlighting a lack of “direction” as detrimental in a World Cup year.

In an interview with ESPNcricinfo, Hathurusingha hoped that Sri Lanka, who were beaten 0-3 at home by England in 2013, lost all three formats in New Zealand and then swept 0-2 in the recent Tests in Australia, could somehow cope across a full tour of South Africa starting Wednesday.

Apart from an ongoing corruption investigation into Sri Lankan cricket by the International Cricket Council, Hathurusingha was stripped of his team selection duties after the Test defeat in Brisbane while there was news of a distracting social media spat between the wife of one-day skipper Lasith Malinga and Thiasara Perera. (READ MORE: Decline in talent, lack of passion saddens me: Muttiah Muralitharan)

“We’re all humans. The ICC fixing allegations had an impact. Then at the end of November, the selectors changed. And when the selectors changed, the leadership changed. There was a change of coaching staff as well. And that created uncertainty, and the continuity changed,” said Hathurusingha.

“Everything happened in public. And then what happened to the players? There’s enough pressure on the players in the middle for them to concentrate on. Suddenly the players have nowhere to turn. They don’t know whom to trust or whose instructions to take. It’s human nature to just start looking after your own interests in that kind of environment. (READ MORE: I don t see light at the end of this tunnel for Sri Lankan cricket: Marvan Atapattu)

“I’m not saying they’re not playing for the team. But human nature is such that when uncertainty comes, you don’t know what to do. There’s no direction. We can’t plan. We can’t give them challenges. They can’t think about what they need to do. It’s not that they don’t want to play for the team. They are trying. But in any high-performance environment, successful teams have direction, strong leadership and continuity.”

Dinesh Chandimal’s exclusion for the tour of South Africa came as a surprise to Hathurusingha, who claimed that he did not know of the development until he was line to sit on the flight out of Colombo. (READ MORE: Sri Lanka will fall short at World Cup: Arjuna Ranatunga)

“I had no communication prior to that. I didn’t know that until I came to board the plane,” he said. “In a tour like this, we need experience. It’s a vital thing in conditions like this. When Australia and South Africa come to the subcontinent, it’s the same thing. If you haven’t played here before, you struggle. Having played here before gives you a head start.” 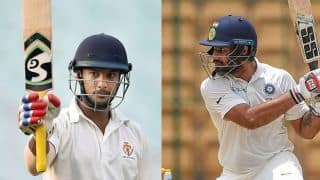 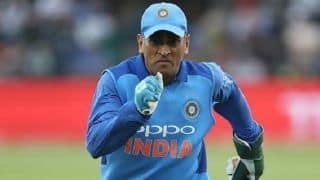