Sunrisers Hyderabad will take on Delhi Daredevils in a crucial encounter.

Having lost their first two IPL 2014 encounters, the Sunrisers Hyderabad will be aiming to get back on the winning track when they face the Delhi Daredevils in the 12th match of IPL 7  at the Dubai International Cricket Stadium on Friday.

While Hyderabad have started on a losing note, Delhi have had mixed fortunes so far in this edition, having won one match and lost two of the three matches they have played so far. With the return of their captain, Kevin Pietersen likely for Friday’s match, their spirits will be up and their hopes high as they look to win their second match of IPL 2014.

The Shikhar Dhawan-led Sunrisers franchise haven’t fired with the bat so far. They rely heavily on the trio of Dhawan, Aaron Finch and David Warner, but none of the three have come to the party so far.

Their opposition have been depending way too much on JP Duminy for the goods. They will be hoping Pietersen and Ross Taylor can find form and take some load off the South African. 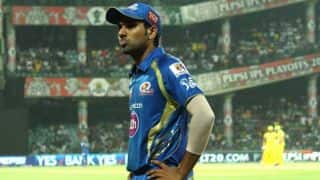 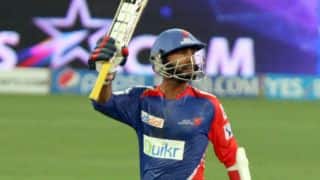