Orange Cap holder Warner took his season tally to 692 runs from 12 innings at an average of 69.20.

Australia opener David Warner signed off his IPL 2019 campaign with another big innings in a big win for Sunrisers Hyderabad to boost the franchise’s chances of making the playoffs.

(READ: I have had time off to work harder on my game: David Warner)

On the Orange Cap table for most runs in IPL 2019, Warner has taken his season tally to 692 runs from 12 innings at an average of 69.20. Warner s 81 was his ninth 50-plus score of the season. He leaves the IPL as the leading run-getter, 172 ahead of KL Rahul at second place.

Warner will leave India today to link up with his World Cup team-mates at a training camp in Brisbane this week. Back in the IPL after serving a 12-month ban, Warner has lit up the tournament with his aggressive batting. In 12 innings, he scored one century and eight half-centuries to consistently wear the Orange Cap this season.

SRH have moved closer to the IPL playoffs, but with their best batsman Warner gone they lack a massive influence up front. With Jonny Bairstow, who left the IPL a week before, Warner repeatedly put on big opening stands.

The likely replacement for Warner will be New Zealand opener Martin Guptill who has not got a game this IPL season. 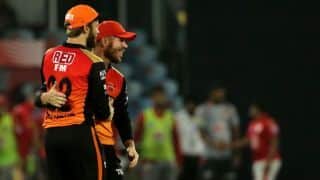 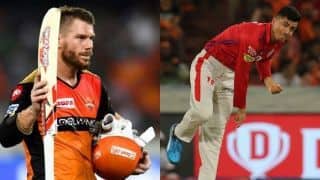