Pakistan need to do well in this five games to keep their hopes alive for qualification of ICC Champions Trophy 2017.

Sri Lanka on Tuesday selected uncapped Milinda Siriwardana and Sachith Pathirana in a 15-man squad for the One-Day International (ODI) series against Pakistan starting on July 11. Both players are all-rounders who bowl left-arm spin, leaving no room for veteran spinner Rangana Herath in the squad to be led by Angelo Mathews. READ: Angelo Mathews perfect candidate to lead Sri Lanka into its new era

The five-match series opens in Dambulla, with other games to be played in Pallekele (July 15), Colombo (July 19, 22) and Hambantota (July 26). The squad for two Twenty20 internationals in Colombo on July 30 and August 1 will be named later. This series will be very important for Pakistan. They need to do well in this five games to keep their hopes alive for qualification of ICC Champions Trophy 2017. READ: Yasir Shah’s good run gives Pakistan’s spin department much needed boost 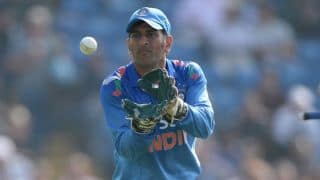