Sri Lanka were bowled out for 203 as England seized a first-innings lead of 139.

Sri Lanka batting coach Thilan Samaraweera rued poor batting shots were responsible in the side s first innings failure on day two of the first Test at Galle on Wednesday.

Sri Lanka were bowled out for just 203 in reply to with Moeen Ali emerging as the pick of the bowlers with four for 46. England had scored 342 with debutant Ben Foakes scoring 107 on debut to become only the second England wicketkeeper after Matt Prior to score a century on Test debut.

Angelo Mathews (52) and Dinesh Chandimal (33) stitched 75 runs for the fifth wicket after Sri Lanka were reduced to 40-4, but the duo were unable to last long as England seized a first-innings lead of 139.

“I don’t think there was anything wrong with the pitch, I think our choices were very poor,” said the former Sri Lanka batsman.

“We didn’t bat well, that’s the bottom line. That’s not a 200 pitch, because it behaved really well on day two. It’s a mindset thing, we know England’s spinners bowl with defensive field settings, our options were wrong.” 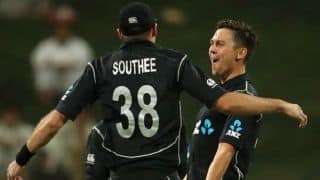 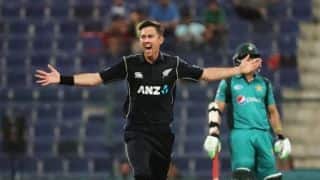