Sri Lanka captain Dimuth Karunaratne is confident that his team is on the path to sustained success, provided the right mix of youngsters and experience players are brought together and wicket-taking bowlers are unearthed.

Sri Lanka went into the ICC Cricket World Cup 2019 as an unheralded team and finished sixth on the points table, having won just three of seven completed matches (two games in Bristol were washed out). Their first assignment since the World Cup was three ODIs against a depleted Bangladesh team that finished two spots behind them in England.

Sri Lanka’s selectors made several changes to the World Cup squad for the short series against Bangladesh, and after the first ODI the veteran Lasith Malinga retired. Victory in the second ODI against Bangladesh this week gave Sri Lanka an unassailable lead, which gave them their first bilateral series win at home in three and a half years.

When a 3-0 sweep was sealed at Colombo’s R Premadasa Stadium on Wednesday, Karunaratne’s team celebrated by riding around the ground on a motorbike.

For Karunaratne, the fact that a few lesser-experienced players during the series augured well for Sri Lankan cricket.

“The young players grabbed their chances really well – the four players whom we put in the team today put up their hands and did a great job,” he said after Sri Lanka’s 122-run win on Wednesday. “If there’s a lot of competition and there’s a strong bench, if a player is injured I can easily bring another player.

“I think this is the way we have to build a good line-up. This is the time we have to bring some youngsters for the next couple of years. We’ve had an issue recently where we didn’t have that strong bench. But players are now ready, and they’ll grab the chances that come their way.”

The four cricketers that Karunaratne referred to were Dasun Shanaka, Kasun Rajitha, Wanindu Hasaranga and Shehan Jayasuriya. In the third ODI, Shanaka scored 30 off 14 balls and took 3/27. Rajitha claimed 2/17 from five overs, Hasaranga 1/16 from four to go with an unbeaten 12 off five balls and Jayasuriya hit 13 off seven balls.

Their success, albeit in one game, gave Karunaratne reason to feel confident as Sri Lanka look towards the 2023 World Cup.

“Beyond this team, there are others around as well, who are unable to break into this side at the moment – players like Niroshan Dickwella and Danushka Gunathilaka,” he said. “You need a lot of players to build up that competition within a team, so that players are constantly putting pressure on each other to perform. If you have a strong bench, the players who are in the team have to take that responsibility.

There are a lot of players trying to get that chance, so there’s pressure on the XI. I have a team I can work with. The youngsters have a great energy about them as well.”

Malinga’s retirement from ODIs leaves a massive void, which the skipper hoped could be filled soon.

“We need to find bowlers who can get us wickets,” said Karunaratne. “We have to find those players who deliver in tough situations. Today, pretty much everyone had a bowl, and they came up with wickets. That’s what I expect when I make a bowling change – that whoever comes on will build pressure and make those breakthroughs.”

Sri Lanka next play Tests at home against New Zealand from August 14. 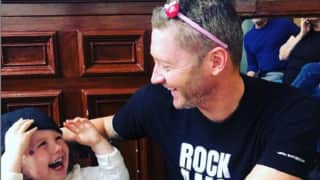 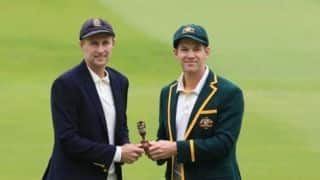