England captain Joe Root has said that Jonny Bairstow is yet to fully recover from an ankle injury he picked up while playing football during the ODI series.

England captain Joe Root has said that Jonny Bairstow is yet to fully recover from an ankle injury he picked up while playing football during the ODI series against Sri Lanka.

The wicketkeeper-batsman is being monitored on a daily basis and Root said that it’s likely that Jos Buttler will take the ‘keeping duties should Bairstow gets ruled out of the first Test that starts from November 6 in Galle.

In the likely scenario that Bairstow misses out, England will have a batting slot vacant. They have an option in allrounder Joe Denly who marked his return to international cricket with his impressive bowling in the lone T20I, taking four wickets. Denly is a top-order batsman but his bowling ability provides England with an additional option in spin-friendly Sri Lankan conditions.

But Ben Foakes, a late addition to the Test squad after Bairstow injury, is a much better option behind the stumps and Root might be tempted to play him as a specialist keeper in which case Buttler slots in as a pure batsman.

It’s day by day with Jonny at the minute, Root said on Monday. He’s actually made good strides in the last week or so and he’s recovered a little bit quicker than we anticipated, but there’s still a long way to go.

While Bairstow missing out will be a big setback, Root is confident England have capable backup options. We’ll have to wait and see, I think so but we’re very fortunate to have a lot of resources in that department. Jonny would be a big loss but we’ve got some great players that can come in and rebalance the team. Root said.

Jos to keep is probably the likely scenario but the reason we called Ben up is he’s a high quality wicketkeeper and gives us another way balance the side up. It’s a nice position to be in having that. We’ll see how things unfold in the warm-up games and how players go in those two games.

England are coming after a dominating Test series win against India at home but Root knows that the conditions on offer in Sri Lanka will require them to rejig their playing XI.

Before the Test series kicks off, England will have a chance to asses players through two two-day practice matches against Sri Lanka Board Presidents XI. I ve got a strong idea of what the core of the team looks like. But we ve got some great options, the 27-year-old said. One of the things we can take into account is the surface and the conditions it might not necessarily be the team that played in the summer but that s an exciting thing. We re going to try and make sure we have a very balanced side that gives us the best chance of winning in these conditions. 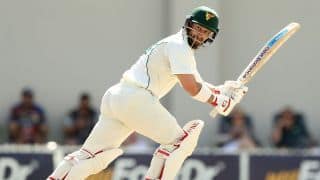 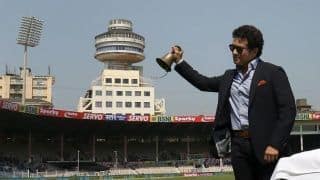