Taylor also said that the New Zealand players have benefited immensely by playing in the Indian Premier League (IPL).

Senior New Zealand player Ross Taylor has said that players from his country have benefited immensely by rubbing shoulders with the best players in world cricket and “picking the brains” in the Indian Premier League (IPL).

“I have been fortunate to play for a few teams (in the IPL) and play with great players. I think, there has been an aura around Australia, South Africa and a few of these teams. I think IPL helped New Zealand cricket sort of bridge that gap a little bit (between players),” Taylor told PTI from Colombo in a special interaction.

“Once you know these players….You are picking their brains and you are watching them train and that has helped New Zealand cricket immensely.

“Players who have played over there and (who will play in) years to come will benefit by rubbing shoulders with best players in the world,” elaborated Taylor.

Describing Sri Lanka as a tough place to play, Taylor, a veteran of 92 Tests, said he was looking forward to the two-Test series beginning in Galle from August 14.

“They (Sri Lanka) know the conditions very well and play very well in these conditions. And upsetting South Africa at home would give them a lot of confidence. They are also looking to play the (ICC) Test Championship. Sri Lanka is genuinely a tough place to play cricket in,” Taylor said.

Sri Lanka trounced South Africa 2-0 at home a year ago. Taylor also said that with the advent of ICC Test championships, there is now a “context” and meaning for every game and not just high-profile clashes like the Ashes.

“Obviously there are names and number on the back (of the jerseys, like in ODIs). (There is) context (and) there is something on every game. And someone else mentioned to me the other day is you probably take note of other Test series a lot more now than you would have (than) just following the big series (like) Ashes,” the right-handed batsman said.

After a heart-breaking loss in the World Cup final, Kiwis are taking to the field for the first time.

“It is nice to get into a new format (Test, after the World Cup) and it is exciting to play the Test Championship. Not only that, a few players are coming into the Test squad, so they brings fresh vibes in the team and I am sure they are looking forward to get into the hot and humid conditions of Sri Lanka,” he signed off. 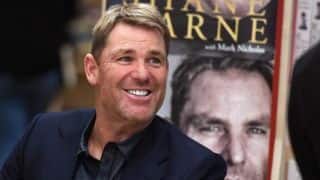 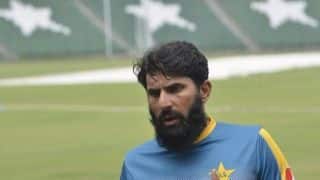