The CAC led by Kapil Dev will conduct interviews for the head coach position on August 13 and 14.

UK-based Steffan Jones, who has the credit of grooming Stuart Broad and Jofra Archer, has thrown his hat in the Team India support staff recruitment ring. Jones, who was roped in as the fast bowling coach of Indian Premier League franchise Rajasthan Royals this year, is now keen to work with Indian bowlers.

The Welshman may not have played international cricket, but he was regarded highly as a fast bowler playing for several Counties in a career spanning 14 years in which he had stints with Somerset, Derbyshire and Northamptonshire.

“There are four aspects to coaching technical, tactical, physical and mental. What I can do is cover four of them. The problem with modern-day cricket is that most coaches are only able to fall back on playing experience and that’s just a small part of it. The body doesn’t work in isolation. It is a complex system, so you can’t have knowledge on one or two aspects,” Jones was quoted as saying by Sportstar.

The 45-year-old feels he also ticks all the boxes for the ‘strength and conditioning coach’ requirement.

“Most bowlers shuffle in, 20 per cent of ball velocity comes from the speed and the height of centre of mass on front foot contact. So then, you need to understand and appreciate how you can improve them as sprinters. Improving their approach will ultimately give them more momentum on crease and it will make it easier for them to bowl quickly,” he explained.

“You can fall back on playing experience, but to make a difference, you need the knowledge on all four aspects and that separates me from the rest of the world,” Jones, who carries an ECB Level 3 certification, said.

ALSO READ: Virat Kohli is the captain, he has got the right to say who he wants as coach: Ganguly

Jones faces stiff competition from competitors like former India pacer Venkatesh Prasad who has worked as a bowling coach in the past has applied for the role.

The Cricket Advisory Committee (CAC) consisting former players Kapil Dev, Anshuman Gaekwad and Shantha Rangaswamy will conduct interviews for the head coach position on August 13 and 14. The support staff will then by finalised by the MSK Prasad-led selection committee. 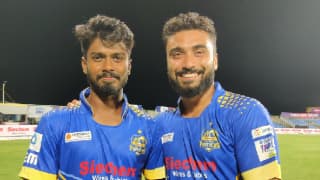 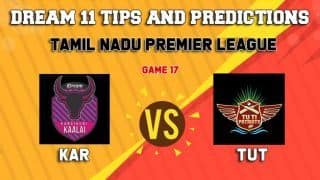