The suspended duo has had brief nets stints with their state side since returning from the Caribbean Premier League over a month ago.

The suspended pair of former Australia captain Steve Smith and former vice-captain David Warner have found open embraces from the New South Wales set-up as they continue their rehabilitation towards a return to international cricket.

Smith and David Warner, currently serving 12-month bans from international cricket for their roles in the ball-tampering controversy that erupted in South Africa, have had brief nets stints with their state side since returning from the Caribbean Premier League over a month ago.

Former Australia Test opener Phil Jaques, now the New South Wales coach, said that Smith and Warner are welcome in the Blues’ camp and that many players stood to benefit from chatting with them.

“They’ve been coming and going … it’s been purely around helping them get ready to play,” Jaques told AAP. “And just to be there for them. There’s been no pressure on. They’re very welcome and we love having them … it’s a great thing to have that experience around and we want to help them any way we possibly can to stay engaged with the game.”

“I’ve seen a few good conversations. That happens organically when you have people like them around,” he said. “They’ve been really easygoing and fitted in around what our squad needs, while also getting in what they need.”

Jason Sangha, the highly-rated NSW batsman, spent with with Warner at Randwick-Petersham and described it was “awesome”. 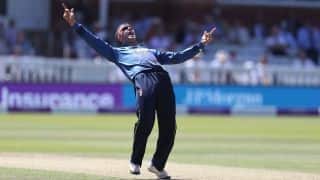