Smith went past his own record of scoring 769 runs against India during the 2014-15 season.

Steve Devereux Smith has finished his Ashes 2019, a legendary return to Test cricket, with truckload of runs and an Bradmanesque average.

Smith, who spent a year away from international cricket following his involvement in an orchestrated attempt to tamper with the ball during a Test match last year, has made up for the time lost with 774 runs at a monstrous average of 110.57. He went past his own record of scoring 769 runs against India during the 2014-15 season.

He began the Ashes with twin centuries (144 and 142) at Edgbaston which paved the way for a historic win. He then followed his exciting form to Lord’s where he notched up a brilliant 92 in the second Test, but was denied a third century after he was trapped lbw by Chris Woakes. It was here that Smith was felled by a sickening short ball to the head by Jofra Archer which forced him to miss out on the third match at Headingley.

Although he missed the action at Leeds, Smith proved his appetite for runs striking a breathtaking double century at Old Traford, 211 to be exact and added 82 to it which didn’t go the winning way this time thanks to Ben Stokes, who saw the hosts to a thrilling one-wicket win.

In the fifth and final Test at the Oval, Smith made 80 in his first innings and then, to everyone’s surprise, departed for just 23 — his lowest score this series — after Stokes picked up a stunner at Smith off Stuart Broad. If Smith walked out to boos from the partisan fans at London, we received a standing ovation after he departed for one last time in the Ashes.

Smith’s tally of runs is the highest scored by a batsman in a Test series since 1994. Brian Lara had accumulated 778 runs in a series 25 years ago.

ALSO READ: ‘If umpires don t stop Matthew Wade, I m going to shut him up’

Smith also joins an elite list of batsmen who have registered more than 700 runs in a Test series more than once. The others who have done this before are Don Bradman, Sunil Gavaskar, Brian Lara, Everton Weekes and Garry Sobers. 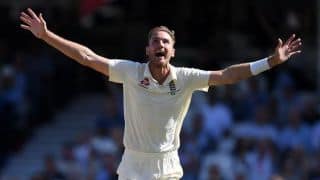 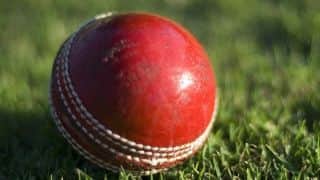 Age fraud: CAB bans U-13 player for two years, academy for a year