Australia's hopes of winning an Ashes series in England have been boosted by Steve Waugh agreeing to mentor the side.

Australia‘s hopes of winning an Ashes series in England for the first time in 18 years have been boosted by former Test captain Steve Waugh agreeing to mentor the side. Waugh, considered the embodiment of Australian grit, was enlisted by coach Justin Langer who has made a point of bringing in former greats to help rebuild the team’s image after the ball-tampering scandal in South Africa last year.

Ricky Ponting, Australia’s record run-scorer, is currently assisting him at the World Cup in England ahead of the Ashes starting next month. Test captain Tim Paine confirmed that Waugh – the last Australian skipper to win the Ashes in England in 2001 — would be with the team for the six-week campaign.

“I know it is something that ‘JL’ and myself have been quite big on, that is to try and get some of our past legends in and around the team,” Paine said on the Cricket Australia website late Wednesday.

“During the World Cup as well, we have had Ricky (Ponting), and now with the Test series we are very fortunate to have Steve Waugh who is, obviously, a legend and is going to be great service for myself as a leader and captain.

“I think to have someone like him around during a Test series is going to be great for our whole group,” he added.

Renowned for his mental strength, Waugh played 168 Tests, including 46 against England, scoring 32 centuries.

The first Ashes Test starts at Edgbaston in Birmingham on August 1. 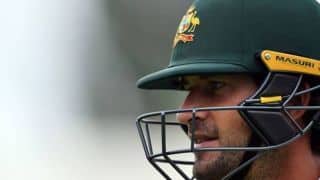 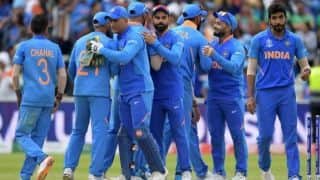