Gavaskar feels Kohli s ability to reach the situation and adjust his game accordingly is what makes the Indian captain stand apart.

Former India captain Sunil Gavaskar has heaped praise on Virat Kohli s consistency across all formats. Kohli, who became the quickest to reach 10,000 ODI runs during the third match against West Indies at Visakhapatnam, which ended in a last-ball tie, is the leading run-scorer this year, with 1046 runs in 11 innings.

More than his consistency, Gavaskar feels Kohli s ability to reach the situation and adjust his game accordingly is what makes the Indian captain stand apart.

There s a batting machine called Kohli that is churning out runs the moment the switch is flicked on. Kohli s consistency is beyond phenomenal but more important is how he reads the situation and is aware of what the team needs and so adjusts his game accordingly, Gavaskar wrote in his column for the Times of India on Saturday.

When he walks into bat there is not the slightest doubt that he is going to get a century and the only time this kind of feeling was previously generated was when the one and only Sir Don walked out to bat. Sir Don was reputed to walk jauntily in to bat while Virat walks in with a purposeful swagger and none of the opposition wants to make eye contact with him.

Yes, he is human when India are fielding for that s when you see the emotions come through as the game ebbs and flows.

Gavaskar, who played 108 ODIs and scored 3092 runs, will be keenly watching the return of premier pacers Jasprit Bumrah and Bhuvneshwar Kumar, who were named in the squad for the remaining three ODIs. The duo were rested for the Test series against West Indies, which India 2-0, keeping into account the excessive workload.

So, Bhuvneshwar Kumar and Bumrah make a comeback for the final three games. It will be interesting to see how they bowl especially at the start to the Windies batsmen. It s not going to be easy since they will have to find their rhythm after being out of action for three weeks or so, he wrote.

With new-found confidence backing them after levelling scores against India, the West Indies will be a dangerous side in the third ODI at Pune on Saturday. Gavaskar reckons India should restrict the opposition to below 300.

India will definitely have a change of attack to try and prevent the Windies from getting another 300 plus score. They will be also looking to field better than they have so far. The team management will also do well to look at the unnecessary throwing at the stumps even when there is no chance of a runout. As the Vizag tie showed it could make the difference between winning or losing the game, he wrote. 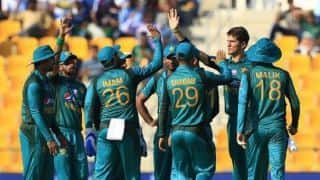 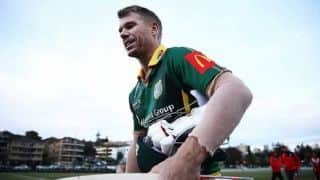