Mudgal panel earlier said Raj Kundra was in touch with bookies and had placed bets on matches.

Earlier in November 2014, the Justice Mudgal panel, which probed the IPL 2013 spot-fixing and betting scandal told the Supreme Court that Rajasthan Royals co-owner Kundra was in touch with bookies and had placed bets on matches. The panel also informed the apex court that  Kundra has violated the IPL code of conduct.

Later in the same month, Kundra issued an official statement ahead of the Supreme Court hearing, declaring that the allegations against him are false and they have damaged his reputations completely.  Kundra said that he places his 11.7 per cent stake in the franchise in custody of the Supreme Court. He clarified that his decision to place his shares should not be looked guilty in any manner. Kundra  was among the four of the 13 members named by the Mudgal panel.

The hearing on November 14 in the Supreme Court had few big names coming out in public, with Gurunath Meiyappan, IPL chief operating officer Sundar Raman, N Srinivasan and Kundra were in the envelope given by the Mudgal Committee to the court. 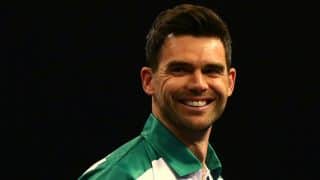