Shahid Afridi took to Twitter, a day after security forces in Kashmir killed 12 terrorists, and said innocents were being shot down in Kashmir.

Shahid Afridi took to Twitter, a day after security forces in Kashmir killed 12 terrorists, and said innocents were being shot down in Kashmir. He even requested the United Nations to look into the atrocities on the people in Kashmir, here he referred to the state as Indian Occupied Kashmir . He said: Appalling and worrisome situation ongoing in the Indian Occupied Kashmir.

He was heavily criticised for the tweet by many, including Gautam Gambhir and Rajeev Shukla. Suresh Raina has also not held back on replying to Afridi. In his tweet he has requested Afridi to stop the Pakistani army from invading India to stop the bloodshed.

Kashmir is an integral part of India and will remain so always. Kashmir is the pious land where my forefathers were born. I hope @SAfridiOfficial bhai asks Pakistan Army to stop terrorism and proxy war in our Kashmir. We want peace, not bloodshed and violence.

After Gambhir tweet Afridi again tweeted a photo with Indian flag saying we respect every nation but claimed Kashmir to be a part of Pakistan. Afridi has always maintained that sports should be a medium to end tensions between the two neighbouring countries than as another tool of politics.

At least 12 terrorists and three soldiers were among 20 people killed in three separate encounters that broke out in the Kashmir Valley on Sunday. As many as 25 others were injured in the encounters. 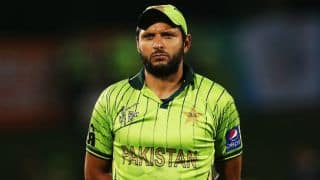 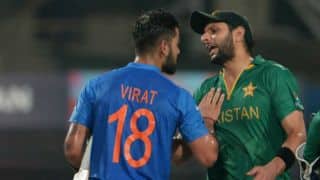