With the four points, Saurashtra have moved to second spot after notching up their third win in four games.

Captain Jaydev Unadkat and pacer Chetan Sakariya picked up two wickets each as Saurashtra cruised to a seven-wicket victory against Sikkim in their Group C Round 4 match of the Syed Mushtaq Ali 2019 trophy on Monday.

With the four points, Saurashtra have moved to second spot after notching up their third win in four games, while Sikkim are firmly occupying the bottom place of the seven-team group. (ALSO READ: Saurabh Kumar, Priyam Garg star in UP s 77-run win over Puducherry)

Opting to bat, Sikkim struggled to find any sort of momentum and were bundled out for a paltry 75. Left-arm pacer Unadkat returned with figures of two for nine in his three overs, while Sakariya went for 16 in his four overs. Jay Chauhan, Prerak Mankad, Chirag Jani and Aarpit Vasavada added one wicket each. Milind Kumar, who was in phenomenal form in the Ranji Trophy 2018-19 season, added 28. (ALSO READ: Assam stun Bengal to climb to second spot)

In reply, Cheteshwar Pujara remained unbeaten on 39 off 22 which included four boundaries and a solitary six as Saurashtra wrapped up proceedings at the Holkar Stadium in Indore in 8.3 overs after the loss of three wickets. Bipul Sharma snapped all three wickets. 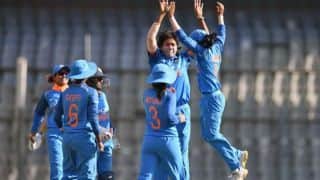 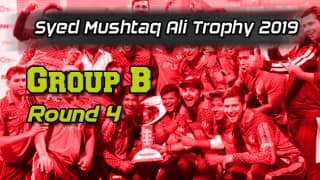