The South Africa team has reportedly set a couple of ‘unwanted records’ in their ICC World Twenty20 semi-final loss to India in Dhaka.

South Africa lost by six wickets, as India successfully chased their 172 for 4, which is South Africa’s highest total in the T20 internationals against India, to make it to the T20 World Cup finals against Sri Lanka.

According to Sport24, it was South Africa’s 10th defeat of the 12 semi-finals and finals they have played in major limited-overs tournaments.

Also, the match saw pacer Dale Steyn ‘s second worst economy of 11.36 in T20 internationals, with the worst being in a T20 match against England in a league match of the 2010 World Cup, when he went for 50 runs in four overs, the report added. 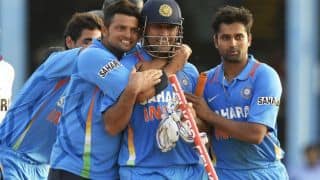 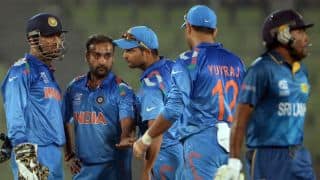