Tamim bludgeoned 11 towering sixes and 10 boundaries in his sensational 141 coming in just 61 balls as Victorians finished at a mammoth 199/3.

It s a moment Comilla Victorians will cherish for the rest of their lives, but its also a moment Tamim Iqbal will treasure for eternity. The Bangladesh opener playing in first Bangladesh Premier League (BPL 2019) final smashed a scintillating century and remained unbeaten on a whopping 141 to star in Comilla Victorians memorable 17-run win against Dhaka Dynamites in the final at the Shere-e-Bangla Stadium on Friday. The Victorians have thus lifted the cup for the second time.

Tamim then took centre-stage as he and Imrul Kayes conjured 100 for the unconquered fourth wicket. Kayes faced just 21 deliveries for his 17. It was the southpaw who bludgeoned 11 towering sixes and 10 boundaries in his sensational 141 coming in just 61 balls as Comilla Victorians finished at a mammoth 199/3.

In reply, Dhaka Dynamites were right in the chase with Upul Tharanga and Rony Talukdar hitting it to all the parts of the ground. The duo added 102 runs in just 52 balls to put the Dynamites ahead. However, Thisara Perera was brought into the attack and immediately broke the dangerous partnership to send his countryman Tharanga back to the pavilion.

Tharanga missed out on a half century by two runs, but smashed four boundaries and three sixes in his 27-ball stay at the crease. That wicket triggered a collapse and Dhaka lost wickets in a flurry. Talukdar departed in the 13th over after he was run out by Haque for 66 off 38, which included six boundaries and four hits over the fence.

Even the big man, Kieron Pollard and Andre Russell buckled under the pressure of the final and they failed to light up the stadium with their powerful strokes.

Russell added just 4 off 3 before he was dismissed by Perera, while Pollard made 13 off 15 before he was given marching orders by Wahab Riaz, who was the pick of the bowlers with three for 28 in his four overs as the Dynamites fell 18 runs short of the 200-run target. Perera and Mohammad Saifuddin pocketed two wickets apiece. 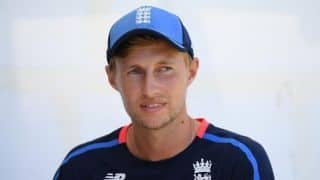