"Following the Flinders Street incident in Melbourne, all players and management have been accounted for and are safe," an ECB statement said.

The England and Wales Cricket Board (ECB) confirmed that all players and support staff of the touring Ashes party are accounted for and safe after a car drove into a crowd close to Flinders Street Station on Thursday evening. Cricket Australia (CA) have yet not released a statement but all Australian players are also understood to have been accounted for and safe.

According to a report by ESPNcricinfo, between 14 and 16 people were injured as a result of what police are calling a “deliberate act”. The incident took place around 4.45 p.m. local time and local police have since arrested two men, including the driver, for the incident.

“Following the Flinders Street incident in Melbourne, all players and management have been accounted for and are safe,” an ECB statement said.

Flinders Street is a busy junction in the city centre and less than two kilometres from the Melbourne Cricket Ground (MCG), which is scheduled to host the Boxing Day Ashes Test five days from now.

As reported by stuff.co.nz, the casualty count remained at 19 on Friday morning. One of the injured is the driver suspected of carrying out the attack. He is being formally interviewed by police.

Australia have already regained the urn by taking an unassailable 3-0 lead in the five-match Ashes rubber. 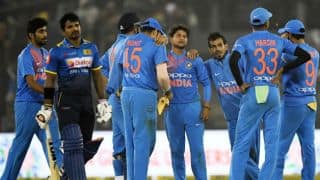 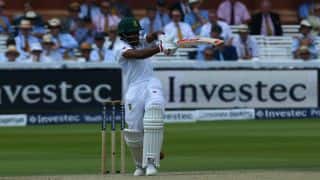