Bangladesh offspinner Nayeem Hasan became the youngest player to pick a maiden five-wicket haul on debut as the hosts demolished the West Indies on the second day of the first Test at Chittagong on Friday.

At 17 years and 355 days, Nayeem, who s idol is Nathan Lyon, eclipsed the record set by Australia pacer Pat Cummins to end the day at 5/61 in his 14 overs.

Asked which wicket he enjoyed the most, Nayeem, who was quoted as saying by Cricbuzz on Friday, said: “The ball which I picked through cleanly bowling out [Warrican] was my best wicket.”

“I heard it while coming here,” he said, when quizzed whether he had any idea that he had achieved a world record. “I have come [into the team] after taking the highest number of wickets in the National [Cricket] League. That experience has really helped me,” he said.

Nayeem, who was part of the squad in the last edition of the ICC Under-19 World Cup, returned back home to get his maiden call-up in the Test squad against Sri Lanka. His first coach interestingly was Mominul Haque, who recalls the teenager bowling medium-pace at Brothers Cricket Academy.

“As he grew older and taller, I asked him to bowl off-spin as he was not strong enough to stay a pace bowler. It helped because Nayeem was obsessed with the cricket ball. He had a lot of interest. The cricket ball is his life. He used to keep the ball in his bedside, said Mominul.

“I began my coaching career while I was still playing. I think Nayeem was either the seventh or eighth member of my academy. We used to call him the stump-size cricketer when he first came for practice. 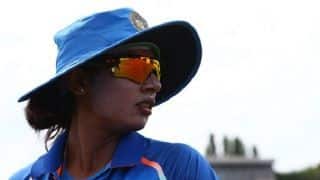