The curse of the IPL has decimated and destroyed many reputations and singed many promoters and barons.

As IPL season 12 approaches with great rapidity, only three of the original eight Indian Premier League (IPL) franchises remain in their original avatars. The curse of the IPL has decimated and destroyed many reputations and singed many promoters and barons.

And, with a new broadcast deal kicking in, the original franchise owners are waiting for a windfall, a payout in spades for staying the course over the last 11 years. (ALSO READ: IPL 2019 to be held in India, will begin on March 23: BCCI)

Of the original eight, Vijay Mallya (Royal Challengers Bangalore) has self-destructed and flown the coop to England; Deccan Chargers owner T. Venkat Ram Reddy is hanging on for dear life, his company, Deccan Chronicle Holdings, battling for survival in the NCLT as part of the Insolvency and Bankruptcy Code; Subroto Roy of Sahara (Pune Warriors) found himself on the wrong side of the Supreme Court to land in jail for two years; Raj Kundra part owner of Rajasthan Royals (RR) and N. Srinivasan, owner of Chennai Super Kings, were turfed out of the IPL for two seasons as penal punishment for match fixing. (ALSO READ: IPL 2019: Royal Challengers Bangalore’s five-day conditioning camp begins in Bengaluru)

Even as Mallya, the discredited liquor baron, signed off on his deal with Diageo and collected the first tranche of his $75 million payout, the curse of the Indian Premier League had struck one more time.

Mallya, a passionate IPL franchise owner, had lost Royal Challengers Bangalore forever, the baleful influence of IPl taking its toll, as Freddie Mercury’s cult song, “Another one bites the dust”, played full tilt in the background. From the day IPL was architected by former IPL chief Lalit Modi on behalf of the Indian cricket board, a large swathe of men and women associated with it have lost their mojo.

Lalit Modi himself became its first high-profile victim in the kerfuffle with Srinivasan, who shut him out of the league, the game and the country itself. Over its 11-year history, the list of victims is long and illustrious, the tree having been shaken again and again.

Team owners, associates, players, principals, cricket board czars and even broadcast CEOs have fallen by the wayside. The imposing facade of this cathedral of commerce and dubious shenanigans belies its decaying and termite-infested interiors.

Lalit Modi, who appropriated all power while he was at the helm, was a victim of both self-aggrandisement and envy. Of the original eight franchise owners, Srinivasan’s Chennai Super Kings and Suresh Chellaram/Manoj Badale/Raj Kundra owned Rajasthan Royals were both turfed out because of their involvement in the betting and spot-fixing scams. Srinivasan lost his presidentship of the board and chairmanship of the ICC and his son-in-law and team principal Gurunath Meyiappan was hounded by the police and other agencies.

The biggest casualty, of course, remains the the Board of Control for Cricket in India itself; from purportedly being a charitable organisation working towards the development of the game in the country, it transformed into a commercial organisation that made money from the game through the IPL.

Actually, the IPL became the cricket board’s worst enemy, a weapon of mass destruction erasing everything in its path. From taxmen to the Supreme Court, everybody began to hound the BCCI, its unfettered independence under challenge. Its autonomy was questioned by the apex court, its very structure was under the microscope and the Justice R.M. Lodha panel’s prognosis – a radical and tectonic change in the way the board functions.

Greed begets greed and that in turn brings envy. Lalit Modi, using Bihar Cricket Association frontman Aditya Verma as a stalking horse, managed to destroy the board’s credibility and the fixing and betting allegations have wrecked the very underlying credo of the game itself in India. The ‘fixed’ Rajasthan Royals versus Chennai Super King game throws into stark relief cricket’s precipitous fall in the country. Big names were involved and while the cover-up has protected them, the team owners, principals and players were barred from the league for two years and cricket itself in the land.

Continuing with the curse, another original franchise owner, the flamboyant T. Venkat Ram Reddy, owner of Deccan Chronicle Holdings and Deccan Chargers franchise, has been embroiled in innumerable controversies: arrest, multiple court cases, seizure of assets, bank defaults, fraud, forgery and finally sale of the franchise to the Marans of Sun TV.

The Marans too have suffered ever since they joined the secret society. They have since sold their airline, SpiceJet, back to its original owner Ajay Singh, have CBI and ED probes against them in the BSNL illegal telephone exchange and the Aircel-Maxis deal. Dayanidhi Maran lost his ministership in the UPA Government. The Marans have limped from one controversy to another.

Even Shah Rukh Khan has found himself being repeatedly interrogated by the ED for allegations of round-tripping and inflating the price of shares in Kolkata Knight Riders. Even Ness Wadia and Priety Zinta, team principals at Kings XI Punjab, have fought a bitter and messy battle over love lost, resulting in a molestation case being slapped on the former by the latter in 2014. Last year, the Bombay High Court asked the two to finish off the case.

Interestingly the financial fortunes of most team owners – GMR (Delhi Daredevils), Deccan Chronicle Holdings, United Breweries and Sahara – have also slipped alarmingly ever since they joined the axis of cricket. The only franchise which remains unscathed is the one owned by the Regent of Nariman Point, Mukesh Ambani. He has gone from strength to strength rolling out his ambitious Jio service and succeeding in his price warrior vision. GMR’s debt burden has mounted and he has sold 50 per cent of his stake to JSW Steel and the team has been rechristened Delhi Capitals with a massive personnel overhaul. Stories abound over RR trying to bring in a strategic investor and Sanjiv Goenka owner of Rising Pune Supergiants’ name keeps cropping up as am potential suitor, but remains unconfirmed.

Of the newbies who came in later, the Kochi Tuskers franchise imploded quickly as Satyajit Gaekwad and the diamantaires fought bitterly over who called the shots. Sunanda Pushkar, who had sweat equity in the original Kochi franchise, was mysteriously found dead in a Delhi hotel room. Her husband Shashi Tharoor lost his ministership in the UPA Cabinet.

Even a couple of years after Pushkar’s death, one doesn’t conclusively know whether it was suicide or murder.

The other new franchise, Pune Warriors owner, ‘Saharashree’ Subrata Roy, unfortunately very much another victim of the fabled IPL curse, was in Tihar Jail for two years after a protracted battle with market regulator SEBI, is unable to satisfy the apex court of his intentions. The price of his liberty is still decided by the apex court.

IPL CEO Sundar Raman was handpicked by Lalit Modi. But his survival instincts forced him to take refuge under the Chennai Super Kings‘ mega umbrella protection service. He too was thrown out after the Supreme Court initiated BCCI/IPl clean-up.

One of the earliest victims was IPL broadcaster MSM/Sony Entertainment TV CEO Kunal Dasgupta who, one fine morning, found himself ousted in a palace coup. The toxins have begun to be purged, though the resistance is stiff.

Avarice has brought the board to its knees. Without its main frame being dismantled, it will never conform to becoming a patently straightforward organisation, one that is far removed from a private opaque cosy club which is answerable to none.

The cricket board truncated as it is, is steadily trying to push the envelope against its ‘bete noire’, the CoA, which itself has been reduced to two members with Vikram Limaye and Ramchandra Guha having quit. In this firefight for control, everyday sees a new expose as the cricket board zamindars or what is left of them hit back at the Lodha Panel-appointed and now fatigued CoA.

The curse of IPL is a reality and let us see what the new season holds for us. 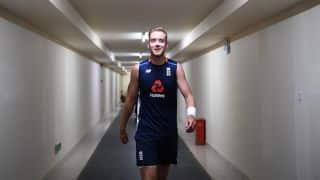