Vijay Shankar's World Cup 2019 came to an end after he sustained a toe injury.

After suffering a toe injury which cut short his maiden World Cup stint for India, allrounder Vijay Shankar returned to action as he made his Tamil Nadu Premier League (TNPL) debut on Friday.

Vijay Shankar played for the former champions Chepauk Super Gillies as they took on Tuti Patriots in Tirunelveli.

I wanted to be with the team because I felt that it is a great opportunity for me to sit and watch the game from the outside. Sometimes by watching you learn a lot. I was with the team for most of the games and that s how I did training and all those things which was important for me to get back into cricket, said Vijay Shankar.

Like his World Cup debut, Vijay Shankar struck on his first ball and returned with the figures of 2/15. However, he could score only three runs with the bat. While he was happy with his bowling performance, he was a bit disappointed with his batting.

Vijay was also happy that his TNPL debut came at his hometown of Tirunelveli, although his approach for the game was like any other match.

I m happy to make my debut here. As a cricketer, my game will be the same no matter where I play. I play with the same intensity as a cricketer, he concluded. 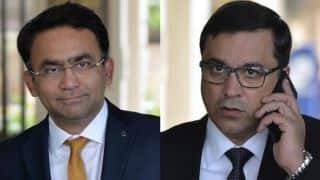 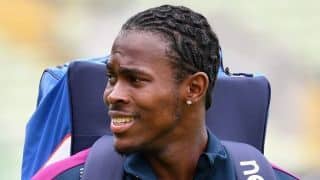