Tushar Arothe too played a major role to mentor, inspire and prepare the Indian women tough for the ICC Women's World Cup 2017.

The Indian women, who managed just a win during the ICC World T20 in 2016 at home, bounced back in style just after 16 months, as they finished as the runners up of the ICC Women’s World Cup 2017 in England, losing to the hosts in the final. Although it was a complete team performance from the Indians, it was their coach Tushar Arothe, who too played a major role to mentor, inspire and prepare these women tough for the tournament. Although he had worked with these women from 2008 to 2012, it was his second stint from 2017, where he has tasted enormous success with the side. India Women cricketers hopeful of more sponsorships following World Cup journey

“The girls put up brilliant performances in the World Cup, but the journey for it began from South Africa where we won the quadrangular series. That was where we picked confidence from. Coming into the World Cup after having to play the qualifiers, we beat England in the opening game, after which we thought we could take it home from there. It all began from the South Africa tour. Soon after landing, we had a meeting on the first day. I told the girls to bury the failures of the past and concentrate on the road ahead. We were staying near to the ground so we practiced a lot. There were discussions on how to bat and bowl in the power-play, and in the last five overs, etc,” said Tushar Arothe to The Quint.

“Each girl was assigned a specific job. One player doesn t have to do everything. We used to nominate the fielding captain because one person cannot take the responsibility for 3 hours 10 minutes. We would nominate three fielding captains and change them in every session during the game. Distributing the job made my job easier too. At the same time the player doesn t get bored. We would also evaluate their performance and encourage them by giving them points,” he continued. Prime Minister Narendra Modi greets India Women cricketers

Artohe also claimed that apart from working on the strengths of the players, he also looked into the problems faced by them. “Girls would tell me about how they got out four to five times while playing their favourite shots. But I always encouraged them to play their favourite shots even if they lost their wicket to it. Instead of asking them to avoid that particular shot, I would explain the ideal timing for it. I told them to get used to the pace and bounce of the wicket and only then hit the ball the way they wanted. That way the girls got success,” he said.

Speaking on India’s journey to the final, he said, We played the first four games like champions. Especially against Pakistan, despite scoring only 196, we got them out cheaply and won by 95 runs. We were bound to lose a game or two since it was a long tournament. We had a team meeting ahead of the quarter-final in which both the batsmen and bowlers performed really well. Mithali, Veda, Jhulan, Shikha, everyone performed well. And then in the semi-final it was Harmanpreet her knock was one of the best I ve seen in my life. Jhulan Goswami to receive INR 10 lakhs cash award from CAB

“But in the final, from 191-3 to all-out was shocking. There were 2-3 things that went wrong. One was Harry s wicket, other was Veda s. Veda usually bats at No. 6, but was sent on No. 5 that day to play till the end. However, she played a pull shot and couldn t do her job. If the batsmen don t get runs then who will? The job was given but it was not performed. But I will not blame any single girl. The line-up after Veda was young and inexperienced, they had not played in front of packed stadiums, there was panic and we lost. After returning, I spoke to a sports psychologist and he is soon going to give us a date for the meet,” he added.

Arothe also spoke on the role the support staff played during the tournament. I told the support staff the very first day that we are here to help the girls, they are not here to help us. I ll not take away anything from the girls they performed brilliantly. But at the same time, the support staff too played a crucial role. From the very beginning, we created a family-like atmosphere, I wanted the girls to be happy all the time. We used to enjoy our time together, eat together, go on walks together, there was always a lot of communication, and that s where the team s success lies.

Finally, he concluded by speaking on the role of the players in the future. They have not retired yet, and while they continue playing, I hope they keep scaling new heights. But it will very, very difficult to replace them once they retire. Both are World No. 1. However, quite a few youngsters are rising and shining as well. The girls have gone back to their respective places. I have asked them to enjoy time with family and friends and then we ll get back and start working on the fitness. Fitness comes before everything else. If you are fit you can do wonders in cricket it helps in bowling, fielding, throwing, catching, running in between wickets and everything, he concluded. 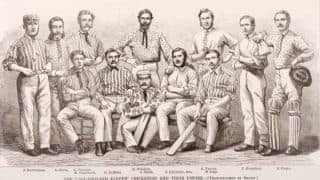 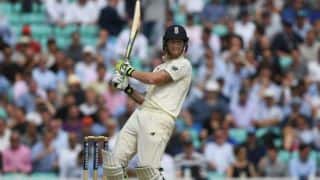