Chand broke a dry spell with the bat with a fine knock of 58 off 37 balls.

Mumbai Indians (MI) batsman Unmukt Chand was all praise for team coach and former Australia captain Ricky Ponting after his team’s 18-run win against the Royal Challengers Bangalore (RCB), their maiden win in the eighth edition of the Indian Premier League (IPL) so far. READ: MI defeat RCB by 18 runs to record 1st win in IPL 2015

Chand, who was yet to register a major IPL knock until the match against RCB, smashed two sixes and eight fours in his 37-ball knock of 58 that played a pivotal role in guiding MI to a score of 209 for seven after 20 overs, the joint-highest total in IPL 2015 so far. READ: Kieron Pollard shuts himself up during match vs RCB

“Ricky is such a positive guy and so full of energy. He really boosts your morale, which is so important at this level. The best thing about Ricky is that if he believes in you, he backs you to the hilt.

“I have been talking about technique to him as well but it is the conversations we have on the mental side of things that has really been helping me,” Chand was quoted as praising Ponting in an interview on iplt20.com. READ: Unmukt Chand scores maiden IPL fifty

Chand added that while Ponting was aggressive as a coach and went about his business with a no-nonsense approach, he is a very calm and friendly person off the field.

“He is a very good guy. But when we are training, he doesnt like to mess around. He expects every individual to give their best and if we do that, he is happy. When we are not on the field, he is one of the most chilled out guys. IPL 2015: Schedule with venue details

“He doesnt talk about the game, which is a good thing. When we are out there, he expects nothing short of everything from us. It is only fair because he gives his 100 per cent all the time,” added Chand. IPL 2015: Points Table and Team Standings

Mumbai Indians successfully defended the 210-run target by restricting RCB to 191 for the loss of seven wickets. While a few early wickets, including the prized scalp of Chris Gayle, helped give the early advantage to the visiting side, AB de Villier’s 11-ball whirlwind knock of 41 nearly won the for the Bangalore side. While RCB face Chennai Super Kings (CSK) in their next encounter on Wednesday, MI face Delhi Daredevils (DD) the following day. IPL 2015: Complete Coverage 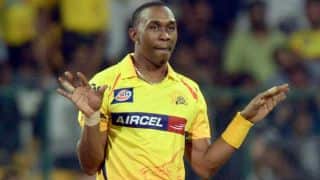 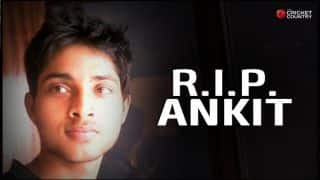