Chand said that he was encouraged by Tendulkar’s ‘inspiring’ words.

Former India Under-19 captain Unmukt Chand has said that his recent meeting with the iconic Sachin Tendulkar has inspired him to work much harder and be a better cricketer.

Chand who won the ICC Under-19 World Cup title in 2012 was quoted as saying by Sportslobster, “That will be an unforgettable day in my life.”

Chand who met Tendulkar thanks to a corporate sports initiative said that he was encouraged by Tendulkar’s ‘inspiring’ words and was amazed at his humility.

“Sir came to me, shook my hand, handed me a bat, patted my back and said, ‘Unmukt, you have always been a special talent. I see you doing well for the country in years to come. All the best and keep working hard’,” reveals Chand.

“I grew up in an era where Sachin Tendulkar ruled the world of cricket. Who can forget the desert storm in Sharjah or that pull to Andrew Caddick in the 2003 World Cup, which went out of the park!” added Chand.

Chand who will now play for the Rajasthan Royals (RR) in the 2014 Indian Premier League (IPL) also said that he was dreaming of playing for India in the near future.

“A dream for every cricketer playing in this country is to walk across the field in that blue jersey and cling onto it for as long as possible. I would be lying if I said this wasn’t my dream growing up — it still is,” said Chand.

“The only difference between then and now is I have been lucky enough to represent my country in what I would like to call the ‘lighter’ shade of blue. The dream is and has always been to play for the India senior team in the ‘perfect’ shade of blue,” added Chand.

Chand concluded by saying that he is also aware of the great responsibility that comes while donning an India shirt and said that he will be honoured if he ever gets selected to play for India. 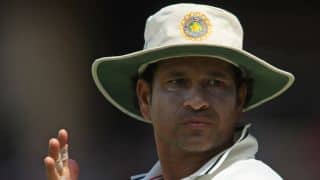 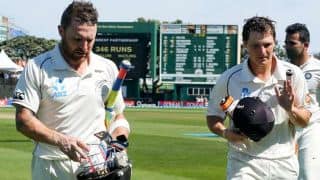