Cricket South Africa has clarified that Vernon Philander was declared fit and available for selection by the medical team before ICC World Cup 2015 semi-final.

Johannesburg: Amidst a controversy over claims of political interference in the selection of Vernon Philander in the ICC Cricket World Cup 2015 semifinal match against New Zealand, Cricket South Africa has clarified that the right-hand bowler was declared fit and available for selection by the medical team. AB de Villiers had considered pulling out from ICC World Cup 2015 semi-final over racial quotas: Reports

Mike Horn, who was the motivational speaker to help South Africa at the World Cup, said on Thursday that there was political interference , and later claimed that his comments were taken completely out of context. Reacting to that, CSA president Chris Nenzani called on certain board directors to conduct a review of the team selection for the match against the eventual World Cup runners-up. Vernon Philander selection not race-based: South Africa cricket board

CSA said in a statement that Philander had undergone a successful fitness test, and was declared fit and available for selection by the medical team, Sport24 reported. The CSA board also stated that the player was confirmed ready to play following a direct conversation between him and coach Russell Domingo. The CSA chief added that the final review, including Horn’s clarifications contained in his letter of apology, revealed that the allegations made in various media are unfounded and mischievous. ICC Cricket World Cup 2015: Vernon Philander’s inclusion was to meet race quota, says Mike Horn 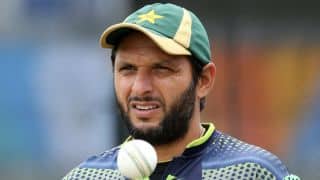