Horn was quoted as saying at the Laureus World Sports Awards in Shanghai.

The South African team for the ICC Cricket World Cup 2015 semi-final clash against New Zealand was changed to fulfill the racial quota, revealed assistant coach to the team and motivational speaker Mike Horn. READ: AB de Villiers had considered pulling out from semi-final over racial quotas

According to a report on cricket.com.au, Horn said that the decision to include Vernon Philander in the playing eleven ahead of the in-form Kyle Abbott was a deliberate done in order to maintain four players of colour, the term of which includes people of black African ancestry, mixed-race as well as those of Asian descent. READ: Vernon Philander selection not race-based

“What actually happened was the [semi-final] team was the team that played against Sri Lanka. We’re not going into any politics, but it had a role to play,” Horn was quoted as saying at the Laureus World Sports Awards in Shanghai.

South Africa lost to New Zealand by four wickets in a close semi-final clash that went down to the last over. A South African newspaper claimed shortly after the conclusion of the tournament that the move to include Philander was done at the behest of Cricket South Africa (CSA), which was denied by the CSA CEO Haroon Lorgat. READ: Andrew Hudson tight-lipped over controversial semi-final selection

“There was and is no political interference in our selections,” Lorgat was quoted as saying. 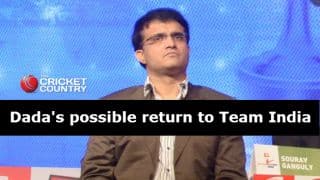