Virat Kohli has been rested for the tour of Zimbabwe, but will lead India in the Test series against West indies.

Everyone these days are comparing Virat Kohli with Sachin Tendulkar and Pakistan legend Imran Khan too has something to say. He believes that Kohli is better than tendulkar in critical moments of the game. Kohli has been on a rampage of late, having already scored over 1,000 runs in the T20 format. He scored close to 1,000 runs in the recently concluded Indian Premier League (IPL) for Royal Challengers Bangalore (RCB). Tendulkar with 100 international centuries was India’s most prolific batsman for over two decades. Imran was present at the T20 World Cup match between Indian and Pakistan. He admits that it was painful to watch Pakistan lose, but was in awe of Kohli’s batting. READ: I really wish to have Virat Kohli’s aggressiveness, reveals Saina Nehwal

“Cricket has had eras. In the eighties, it was Viv Richards, and then you had Brian Lara and Sachin Tendulkar who stood out. Virat Kohli is one of the most complete players I’ve seen. He’s so versatile; he plays on both feet, and on all sides of the field,’’ Khan told HT in an exclusive interview at his Islamabad residence. Apart from his talent and technique, he has a very good temperament. His temperament is better than Sachin’s. Kohli performs at the most difficult of opportunities, which Sachin sometimes wasn’t able to,” he said, according to hindustantimes.com.

Talking about the Indo-Pak T20 World Cup match, Imran said, “It was very painful watching Pakistan lose, but Kohli played a very good game. I look at batsmen from a bowler’s point of view and I think of how to get them out. Just look at how Kohli plays in difficult situations. He’s better than anyone. I’d say he’s the best internationally, today. You can back him to play any match.” READ: Virat Kohli may be ready but there is still time for him to replace MS Dhoni

Imaran also blasted the foreign policy of India towards Pakistan and labeled it “immature”. Imran believes that India and Pakistan should resume bilateral cricketing ties, which has been stalled ever since the 2008 Mumbai terror attacks. “I did say he should start the tours, but it was the first time I was meeting him [Modi]. If it was our second meeting, I would have said it’s a very immature foreign policy,” said Khan. READ: Sachin Tendulkar is genius, says Alastair Cook 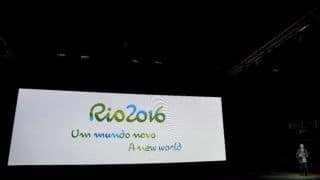 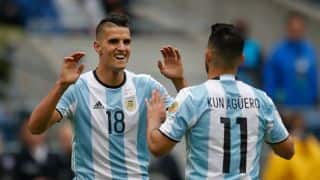