Cosier also said that Australia have the attack to bowl extremely well and contain Kohli.

If you get the captain out of sorts with the bat, then you are half way to winning the series, but I am not sure they are going to do it because Kohli is a fantastic cricketer. He is the Ian Chappell of Indian cricket. Kohli is always up in the field; always ready for a contest, revels in the contest, Cosier, who played 18 Tests, told MID-DAY on Tuesday.

I would like to see the captain Virat Kohli get out (laughs). He can really play cricket. Kohli is my favourite he s a genius of a batsman. He has the ability to turn it on anytime. We would have to bowl extremely well to contain him. With the ball coming on to the bat, he is the Steve Smith we don t have.

India, for the first time, enter the mouth-watering series as favourites for the first time against an inexperienced Australian batting attack without two of their batting mainstays Steve Smith and David Warner serving 12-month suspensions for their involvement in the infamous ball-tampering scandal during the Cape Town Test in March this year.

Yes [India are favourites], but cricket is a very funny game. Australia have the attack to bowl extremely well no doubt about that and if the players who are in and out of form get into form then we ll do okay. But India are an exceptionally talented team. Under MS Dhoni and Kohli in particular, India have changed their attitude, Cosier, who ended his first-class career with Victoria after playing for Australia from 1975-76 to 1978-79, said. 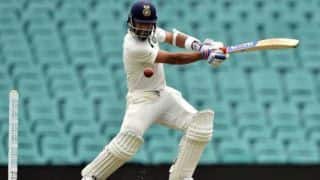 It will be important to get long partnerships: Ajinkya Rahane 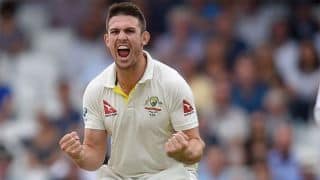 Kohli not the only India batsman on our minds: Mitchell Marsh