The CoA on Thursday accepted the demand of a 'common ground' for pay hike of the Indian cricketers, put forward by Virat Kohli and MS Dhoni.

The Supreme Court-appointed Committee of Administrators (CoA) accepted the demand of a common ground for pay hike of the Indian cricketers, put forward by Virat Kohli and MS Dhoni, on Thursday. Apart from this, the CoA also confirmed that they would also be looking into the issue of cramp scheduling henceforth after an objection by Kohli. Kohli, Dhoni and coach Ravi Shastri met CoA chief Vinod Rai, CoA member Diana Edulji and BCCI CEO Rahul Johri in New Delhi. The pay hike will see an overhaul of India s payment structure in both domestic and international circuits. FULL CRICKET SCORECARD: India vs Sri Lanka 2017-18, 3rd Test at Delhi

On Cramp scheduling and upcoming FTP

We had extensive discussions with players on issues that pertain to them directly, which means the number of matches they have to play, the Future Tours Program [FTP] and compensation package etc. All the inputs they have to give us were taken and we are going to factor those in. The FTP, we bounced it off them. Presentations have been made and they are in agreement with the FTP so that they get enough rest. Number of days, I can t tell you as we have not yet worked it out. This was a path-breaking initiative, we feel we ve found a common ground and aligned our thoughts for the betterment of the game be it the policies under which the player remuneration and FTP will be worked upon, said Rai.

The principles on which compensation package has to be structured, that has been agreed to. It s only a question of numbers now. We will now match the revenue with compensation that each player receives. Kohli gets backing from CoA chief Rai on cramped scheduling

On red- and white-ball specialists

There was no discussion on this topic.

On the outcome of the discussion with Kohli and Dhoni

All the discussions were very fruitful and they [Kohli and Dhoni] were very receptive as a consequence of which it s the first time that anyone is having a dialogue with them. Otherwise it used to be decisions taken and just communicated to them. 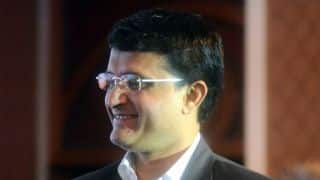