The skipper also revealed why Vihari was picked ahead of Ashwin, a decision that was criticised by many.

After India kicked off their ICC World Test Championship campaign with a resounding win over West Indies in the 1st Test at Antigua, skipper Virat Kohli – who also became India’s most successful captain overseas with the win – stressed on the workload management of the pace bowlers as one of the key factors for the win and for the WTC going ahead.

“That’s probably the most important thing for us right now, managing player workloads,” Kohli said at the post-match presentation. “That’s why he (Bumrah) didn’t play any white-ball cricket after the World Cup because we wanted him to be fresh for the Tests. He is going to be a key factor for us as long as the Test championship continues. We know how good a bowler he is. And the impact he can make in a spell.”

India had rested Jasprit Bumrah for the limited-over leg of the West Indies tour and the Gujarat pacer was back with a bang claiming 5/7 – the cheapest five-wicket haul for an Indian bowler in Tests – as West Indies were bundled out for a mere 100, chasing a mammoth 419 to win.

The skipper also revealed why Hanuma Vihari – who scored 32 and 93 in the Test – was picked ahead of Ravichandran Ashwin, a decision that was criticised by many.

“The combination is absolutely based on players who can provide more than one skill,” Kohli said. “That’s why Vihari got the nod for this particular game because he can bowl you those eight-ten overs when you are falling behind the over rate. As a part-timer he is pretty effective as well.”

Vihari bowled just two overs in the match in the first innings and was not required in the second innings.

“Look, for us it is about managing the best combination we can as a side, and feeling settled about it. We all have a discussion on that particular thing, and we go ahead with what is the best thing for the team. There will always be opinions on a team selected, but we all understand that whatever decisions are taken are in the best interest of the team,” Kohli went on to add.

With the win, Kohli surpassed Sourav Ganguly as the most successful India captain in away Tests and credited the entire team for the achievement.

“It is a responsibility that I am fulfilling,” Kohli said of captaincy. “It is a blessing that I am in a position where I can contribute to the team in more than one way. I like taking that responsibility but nothing is possible without the team. If these guys hadn’t bowled or batted the way they have, we wouldn’t have won the Tests we have. The credit can’t be taken away from them at all because I am just making decisions on the field. Execution is in their hand. Always been a team game for us.” 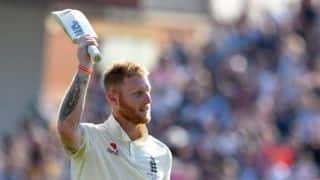 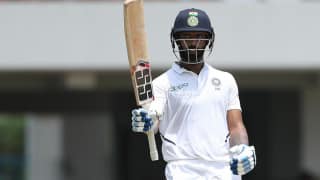