In three overs, Kings XI Punjab are 30 for one.

Virender Sehwag has helped the Kings XI Punjab get off to a very good start against the Kolkata Knight Riders in their Indian Premier League (IPL) 2014 game at the Barabati Stadium, Cuttack. However, Punjab did lose Mandeep Singh in the second over for a duck. In three overs, Punjab are 30 for one. Wriddhiman Saha is batting with Sehwag. Click here for Live Blog of the Kings XI Punjab vs Kolkata Knight Riders game in the IPL 2014.

In the first over itself, Sehwag got stuck into Jacques Kallis. The first ball was a bit full and outside the off-stump and Sehwag smashed it over cover for a four. He then carted three boundaries through the leg-side It was a great exhibition of batting and showed that Sehwag was in good touch. There was also a wide in that over, which meant that a total of 17 runs came in the first over. But then in the second over, Morne Morkel came on and had Mandeep Singh caught behind. Click here for the live scorecard and ball by ball commentary of the Kings XI Punjab vs Kolkata Knight Riders IPL 2014 match.

Saha came in at No 3 and had a couple of good deliveries from Morkel. But then, off the last ball, he essayed a cut behind point and it went for four. Umesh Yadav then came on in the third over and Sehwag picked him for a couple of runs first up. But then, Yadav strayed on his pads and Sehwag guided it over fine-leg for a four.

Earlier, Kolkata won the toss and chose to bowl first on a good looking surface at the Barabati Stadium, Cuttack. Kolkata brought in Morne Morkel and Piyush Chawla for Shakib Al Hasan and Vinay Kumar. Punjab dropped Shivam Sharma and Laksmipathy Balaji and brought back Parwinder Awana and Rishi Dhawan. 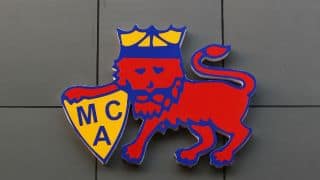 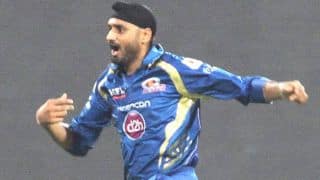