There is a feeling in cricketing fraternity that a choc-a-bloc international calendar leave youngsters with very little time to work on their game.

There is a feeling in cricketing fraternity that a choc-a-bloc international calendar comprising three formats leave youngsters with very little time to work on their game.

However the legendary Shane Warne believes otherwise at a time when workload management has been the buzzword in many countries including India.

“We played more cricket than this generation. We played more days of cricket, even though it was first-class cricket. What’s the complication nowadays is the travel and different formats that they have to adjust to. But in terms of pure balls bowled and days played, yesteryears’ players used to play more,” Warne told PTI during an exclusive interview. (ALSO READ: Warne expecting a “hungry” Steve Smith during IPL)

Warne then cited an example of his playing days for Australia, Victoria and Hampshire.

“There used to be a Sheffield Shield game for Victoria, then a Test match and we would again go back and play for Victoria. Now they have breaks, they have got Big Bash, so that’s a fact,” said Warne, who bowled an astounding 92,797 legal deliveries in senior level cricket and took 1862 wickets.

He refuses to buy the argument that players nowadays don’t find time to work on their game. (ALSO READ: Dhoni has to play in the World Cup, Kohli needs his leadership experience: Shane Warne)

“If you want to improve, you find the time, no matter how busy you are. If it’s important to you then you will find time. If it’s not important to you and you think you are going to be okay, you won’t find time,” he put it bluntly adding: “It won’t happen overnight. It takes time. Hours of hardwork. There is no magic.”

For someone with 700 plus Test wickets, the best part about playing international cricket is the opportunity to have a lot of seasoned players in the change room who can be a youngster’s sounding board.

“I was lucky that I had Terry Jenner but I was also lucky that I played in an era where I had a lot of experienced players. I always liked to ask the experienced players be it Allan Border, Mark Waugh, David Boon or Ian Healy. (ALSO READ: Virat Kohli a terrific leader, MS Dhoni a must-have player for India in World Cup: Shane Warne)

“You would like to bounce ideas off them in the change room, deep breath the game. You can always talk to some of the opposition players when you go to their dressing room. There are different ways to get knowledge and I liked it that way as it suited me.”

“Matthew Hayden became a terrific player of spin in the end. At the start, he was hopeless. Myself and Tim May will tell him “Ok, Haydos get in there and we will bowl to you and he got better and better and better.”

The key to getting better player is to listen to one’s advice with an intention of absorbing rather than responding.

“As a coach and captain of the Rajasthan Royals, I used to sit around the pool side and just talk to my players. May be go to some of the young Indian boys’ room and just talk about the game. (ALSO READ: Shane Warne explains how he would have dismissed Virat Kohli)

“I think there’s a lot about asking questions and too many people listen not to what the person is saying but listen to give a response. They listen to someone saying so that they can answer them. What you need to do is to listen to what someone is saying and hear them and let them talk.”

Warne has maintained his stance that at the international level, a team doesn’t need a coach.

So what’s his take on the jumbo-sized coaching staff that almost all the IPL franchises have.

“I have always believed in international cricket, you don’t need a coach. But domestic cricket, first-class cricket, you need coaches as you have so many young players that need help.”

According to Warne, at the IPL level, you need coaches but not too many as various inputs could confuse players.

“If you have too many coaches, in order to justify their positions, they confuse a player. Because so many different coaches give them different messages. They think differently. You can’t confuse a player too much. Stick to the absolute basics of the game, have some fun and you will generally do well.”

He was one of a kind with his magical skills but he would tell you that key to his success was not reinventing the wheel.

“I think what I am is that I don’t want to reinvent the wheel. Cricket is a very simple game and too many people complicate it. You want to be a better catcher, catch more balls. You want to get better against short-pitched bowling, just go out there and face it. You want to bowl better yorkers, just bowl it. It is that simple,” he insisted while signing off. 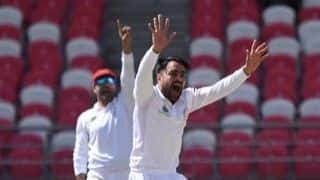 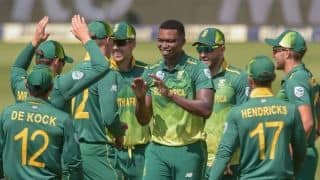