Riding on half-centuries from opener Tamim Iqbal and captain Shakib Al Hasan, Bangladesh bounced back against West Indies in the ongoing three-match T20I series. After losing the opener in St. Kitts, Bangladesh drew level at 1-1 with a 12-run win in the 2nd T20I at Lauderhill.

However, after being asked to bat, Bangladesh lose three wickets inside eight overs of 48 runs. Tamim then combined with Shakib to revive the innings as the duo added 90 runs for the fourth wicket. The 29-year-old Tamim had a brilliant ODI series against West Indies that Bangladesh won 2-1 but was out for a first-ball duck in at St. Kitts.

He struck 79 in the next game on Saturday and with Shakib’s 38-ball 60, powered his team to what proved to be a winning total against the two-time world champions.

“No doubt they are one of the best T20I teams in the world but if we can play to our potential we can beat any team, after this win we will certainly have the confidence,” Tamim was quoted as saying by cricbuzz on Sunday.

The third T20I on Sunday (Monday morning in India) will be the decider but Tamim feels despite the morale-boosting victory, his team still has to a lot more and not take West Indies lightly. “It is not that just because we have won the game it will be easy against them tomorrow. We have to tick all the boxes and need to start everything from the beginning to earn success. That includes from getting a good start and keeping the momentum all through,”he said.

Speaking on his own performance, Tamim, who has scored 1564 runs in 71 T20Is, said, ”I took my chance but it didn’t come off (first T20I). Today I was more patient, I took my time in the middle and went for it later in my innings. I cashed in at the right time. He (Shakib) played an unbelievable knock. He took the pressure off me as we didn’t have a great start. It is my first knock on this pitch and I liked the pitch. When you score runs you always like the pitch.” 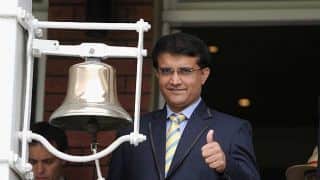 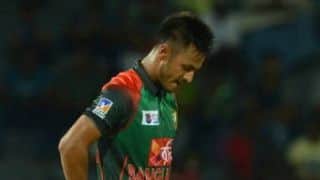