Bayliss will step down after four years in charge following the Ashes against Australia in September.

England coach Trevor Bayliss said his side need to become tougher after the tourists were humbled in the first Test against the West Indies going down by 381 runs inside four days on Saturday.

England were skittled for a paltry 77 in the first dig and were dismissed for 246 on the fourth day with offspinner Roston Chase returning with career-best figures of 8/60. “It’s more of a mental thing. We’ve got to say, ‘we’re not giving our wicket away’, Bayliss told BBC Sport. (ALSO READ: England treated Roston Chase with too much respect: David Lloyd)

In fact, England s batsmen were criticised for playing loose strokes against Chase, whose 42 Test wickets before the match came at a cost of 47 apiece.

“We’ve got some homework to do,” said Bayliss, who will step down after four years in charge following the Ashes against Australia in September.

History suggest England have bounced back after a massive defeat. In May last year, after losing to Pakistan by nine wickets at Lord s, they won at Trent Bridge by an innings. Later, they lost by 203 runs to India at Trent Bridge in August but followed it up with a 60-run victory at Southampton. (ALSO READ: Jason Holder is new no. 1 Test allrounder in ICC rankings)

“Every time we’ve played like this the guys have come out and played pretty well in the next game,” said Bayliss.

“They’re hurting; they know they haven’t played well. That’ll kick them into gear, or it should do.”

The second Test of the three-match series begins on January 31 in Antigua. 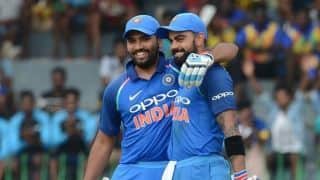 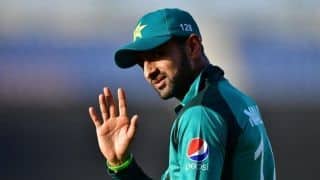