The experiment of batting Bairstow at No 3 is over, says England's coach.

England coach Trevor Bayliss has admitted that Ben Foakes‘ run as wicketkeeper over five Test matches could be over, what with Jonny Bairstow resuming the job in the third Test against West Indies. Bayliss said after the win in St Lucia that the experiment of Bairstow playing at No 3 as a specialist batsman was over, and that this spelled “bad news” for Foakes. (READ MORE: England thrash Windies to claim consolation win)

Injury to Bairstow in Sri Lanka in November opened up a spot for Foakes to take over, and he kept wickets in five consecutive Test matches until he injured himself during the second Test in Antigua recently. Foakes, who was a late arrival to Sri Lanka after being named as backup for Bairstow, was named Man of the Series in a famous 3-0 England sweep of Sri Lanka. After landing in Colombo ahead of the first Test, Foakes was ushered into England s XI in Galle and made an immediate impact with a century on debut and was Man of the Match, which he termed as a surreal few days .

Bairstow returned to England’s XI for the final Test in Colombo and scored a century from No 3, and batted at the same position during the first two Tests in the West Indies. When Foakes injured himself in Antigua and was not passed fit for the St Lucia Test, Bairstow took over the wicketkeeping duties and batted at No 7 with Joe Denly given a shot at one-down. (READ MORE: England drop two spots in ICC Test rankings)

That is the way England will go into their next Tets series, said Bayliss, though he believes Foakes could also challenge for a place as a specialist batsman.

“The experiment of batting Jonny at No. 3 is over. And yes, that is unfortunately bad news for Foakes,” he said. “Foakes is obviously a very good ‘keeper. I think we’ve also discovered someone who can put pressure on that middle order from a batting point of view.

“I think we’ve known for a while that those players at four to eight are our best, but we make no apologies to try to make it even better. That meant trying to find a number three out of those guys. Obviously it hasn’t worked for one or two reasons – four through to eight has been successful in the past and we’ve gone back to that.”

England next play Test cricket after the 2019 ICC Cricket World Cup, when they host Australia for the Ashes in August-September. 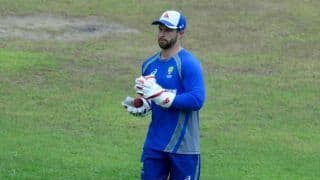 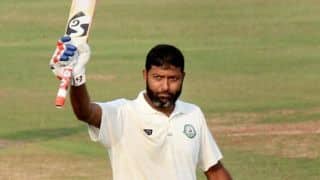 Would be foolish for youngsters to follow us: Wasim Jaffer