Flown into Sri Lanka after Jonny Bairstow injured an ankle at practice during the ODI series, the Surrey gloveman made a stirring debut.

The rookie wicketkeeper Ben Foakes was named Man of the Match on Test debut England won their first away Test in over two years, beating Sri Lanka by 211 runs runs on day four of the Galle Test to go up 1-0 in the three-match series.

Flown into Sri Lanka after Jonny Bairstow injured an ankle at practice during the ODI series, Foakes found himself keeping wickets in the first Test, but his biggest challenge came on day one when he had to steer England out of a hole. His 107 off 202 balls was the only 50-plus score of the visitors first innings and made Foakes the fifth wicketkeeper – and second England cricket after Matt Prior – to score a hundred on Test debut. A handy 37 off 34 in the second innings and four dismissals, including that of Rangana Herath in his last international match to win the Test, earned Foakes the match award.

“It’s been a surreal few days, a dream, the 25-year-old said. I was nervous when I walked in at 103/5 in the first innings, I didn’t know what the scoreboard was really. It was tough out there, both from a batting and keeping point of view. I’ve been out to Sri Lanka a few times and that helped me in this match. I don’t know about the second Test because Jonny Bairstow should be fit so we’ll have to see.”

Foakes was a key member of the Surrey team that won the County Championship this season, scoring 624 runs at 36.70 and holding 37 catches. In 91 career first-class games, Foakes has scored 4696 runs at 41.19 with nine centuries and 24 fifties.

Bairstow has reportedly trained hard to get back into England s XI for the second Test next week, and it will be interesting to see what the team management does should he be passed fit. 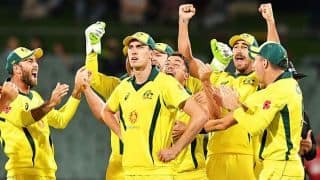