This will be the first time the two events have taken place in the same country in the same year since the inaugural 1975 men s World Cup in England.

England coach Trevor Bayliss on Sunday said that a ICC World Cup crown coupled with an Ashes victory later in the summer wouldn t get any bigger but the Australian understands that along with that comes a whole lot of pressure.

England, currently the No 1-ranked ODI side, have never won the 50-over showpiece event and head into the main event in May as strong favourites. After that tournament, they defend the Ashes in a five-Test series, also on home soil, against arch-rivals Australia.

This will be the first time the two events have taken place in the same country in the same year since the inaugural 1975 men s World Cup in England.

“As we saw four years ago, there’s nothing like beating Australia in the Ashes and, having lost in Australia just 12 months ago, it’s hard to pick between them [the Ashes and World Cup]. Hopefully, we can walk away with both trophies,” Bayliss was quoted as saying by Cribuzz on Sunday. (ALSO READ: If England players don t do well now, they will miss the 2019 World Cup: Trevor Bayliss)

“It wouldn’t get any bigger if we did, especially at home. That would be special. That brings pressure in itself. It’s something we’ve being trying to work towards, but when we get to the big stage in six months’ time it’s pretty much out of our hands [as coaches]. It’ll be up to the guys to perform on the day.

“I don’t think we could have done much more. The 12►
results and the way the guys have started to play, we’re certainly heading in the right direction.

“I want to do as well as anybody but a week after the Ashes finishes I’ll be forgotten and the pressure will be on someone else. The expectations you have of yourself, that’s the pressure. We expect to play good cricket and give ourselves a good chance of winning.”

Bayliss will be leaving his job after four years in September when his contract terminates. The England Cricket Board (ECB) and in particular, new director Ashley Giles have the tricky task of picking Bayliss successor. Giles already mentioned that he will consider appointing two separate coaches one for red-ball and white-ball cricket.

It is something Bayliss believes will ease the pressure off the coach with a packed international calendar not helping the cause.

“They might take some of the smaller series. It gives the head coach a bit of a break but also gives more experience to more than likely two or three home-grown coaches,” he said. (ALSO READ: New England director Ashley Giles targets ICC World Cup 2019 and Ashes crown)

For now, England s next assignment is in the West Indies where they will play three Tests, five ODIs and three Twenty20 Internationals beginning with the first Test on January 23 at Barbados.

“We’d like to win the series, but we set out to win every Test we play. We know that’s not always possible and the West Indies have actually had some good performances over the last 12-18 months and they beat us at [Headingley] 18 months ago.

“It’s not easy playing away from home as we’ve seen over a number of years from every country’s point of view. So, we’re certainly not taking them lightly.” 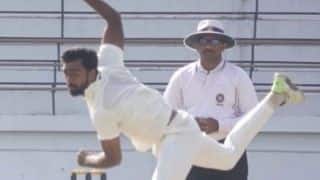 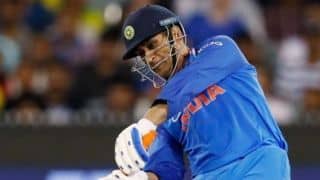 Nobody has MS Dhoni's nerve for finishing off victories: Ian Chappell