Drunk Flintoff boarded his flight back to England. In the aircraft, as he felt the urge to urinate, he committed a terrible mistake.

It is hard to get out of an addiction, and one needs strong will to accomplish that. For Andrew Flintoff though, it took only a bizarre incident to quit alcohol overnight. It was after the cricketer had finished watching a FIFA World Cup match in Germany that he planned to gulp down some alcohol. Drunk Flintoff then boarded his flight back to England. In the aircraft, as he felt the urge to urinate, he committed a terrible mistake that he will never be able to forget in his life. READ: Andrew Flintoff willing to help Ben Stokes after suspension

Flintoff told Sky 1, They ushered us on to the plane and I was clattered. I got on desperate for a wee and I was at the front so I opened the door and whipped my pants down. I had my willy in my hand and I opened my eyes and I was in the cockpit. Seriously there was this German pilot in front of me shouting Get him off my plane .

I got marched off the plane, past all the England fans who were even shaking their head at what I d done and then I had to get my own plane back because I had to be back. It cost me a fortune that p***, he added.

Flintoff, who claims he had started to consume alcohol to get rid of depression, says it barely helps.

Drinking does not help one bit. I don t touch it now. 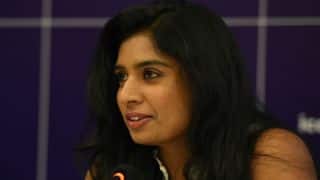 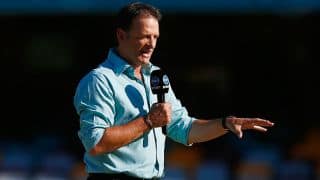