Indian women s cricket coach Ramesh Powar will not, in all likelihood, be given an extension when his contract will be up for renewal after November 30, 2018.

Indian women s cricket coach Ramesh Powar will not, in all likelihood, be given an extension when his contract will be up for renewal after November 30, 2018.

Under Powar, Indian women s team made it to the semi-final of the recently concluded ICC Women s World T20 in West Indies, but with Mithali Raj lashing out at the coach for his poor treatment of the veteran cricketer, the former India spinner is under the scanner.

Powar should have spoken to Mithali instead of dropping her straightaway after a phone call from Mumbai on the day of the match. This isn t cricket, a BCCI source told The Times of India.

Powar s conflict with Mithali has ensured that he can t continue as the coach of India, the source added.

The conflict between the two came to forefront after Mithali was dropped for the crucial semi-final encounter – which India went on to lose. Breaking the silence, Mithali had written an explosive letter to the BCCI accusing Committee of Administrators (CoA) member Diana Edulji, a former Indian women s team captain, of bias and lambasting Powar, saying a few people in power are out to destroy her.

Prior to this, Mithali s manager Annisha Gupta went on a tirade against T20I captain Harmanpreet Kaur on social media calling her manipulative, lying cheat, an undeserving captain for supporting the decision to drop Mithali for the England game.

While Edulji backed the decision of the coach and the captain, many from the cricketing fraternity choose to side with Mithali.

In response to the allegations, Powar submitted his 10-page report of the tournament with the focus on Mithali and his rebuttal included, accusing Mithali of putting herself ahead of the team, creating chaos in the team, non-cooperation and bad attitude.

He also revealed that she threatened to quit after she was not allowed to open the innings in the first match of the tournament against New Zealand.

Mithali then took to Twitter to express her anger and disappointment, stating that with her patriotism doubted, skill set questioned – it’s the darkest day of her life. 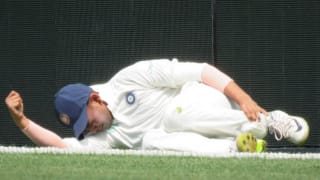 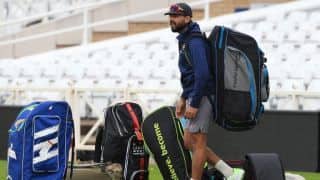