With Australia and England two Tests each and one being a draw, both teams walk out of the series with 56 points each

India continue to maintain their lead in the World Test Championship after England and Australia drew the Ashes 2019, for the first time in 47 years.

With Australia and England two Tests each and one being a draw, both teams walk out of the series with 56 points each and are placed fourth and fifth in the World Test Championship points tally.

Australia won the first match of the series at Birmingham by 251 runs before both teams played out a draw at Lord’s. The third match at Leeds was claimed by England after they were shot down for 67 in the first innings, eventually overhauling a target of 359 on the back of Ben Stokes’ once-in-a-lifetime innings. Australia though returned the favour in the fourth match at Old Trafford with a 185-run win.

That win ensured Australia retained the urn and left England desperate to win the final Test at the Oval to at least draw the series, which they did by beating Australia by 135 runs.

For each win in the five-match series, the teams pocketed 24 points while a draw earned them eight points.

Earlier, Following their 2-0 series win in West Indies, India, the top-ranked Test side in the world, positioned themselves at the top of the ICC Test Championship with 120 points, followed by New Zealand at No. 2 and Sri Lanka at 3.

New Zealand and Sri Lanka played out a 1-1 series draw in a two-match series last month and gained 60 points each for their efforts.

West Indies remain the only team to not get any points on the board with two losses to India, while the other three teams – South Africa, Pakistan and Bangladesh are yet to play a match of the ICC Test Championship. Bangladesh’s one-off Test against Afghanistan was not part of this tournament. 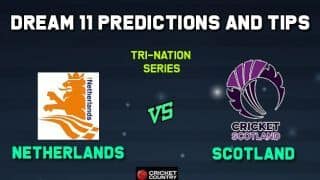