He was also congratulated by N Srinivasan, ICC Chairman.

Zaheer Abbas, former Pakistan captain, was elected as the new president of the ICC during the third day of the ICC Annual Conference week in Barbados.

Zaheer, who would be on a one-year role, thanked each and every member of the ICC and the council itself after confirmation of his nomination, reports an ICC Press Release. Lalit Modi: I signed Kochi Tuskers Kerala bid under pressure

“I feel truly honoured and humbled to be appointed as the President of the governing body of our great game. This is the sport which has given us friendship, respect, recognition and an opportunity to serve our countries in different capacities. Personally speaking, it has given me more than I can ever possibly repay,” he said.

“I am thankful to all of you for the support and confidence placed in me by confirming my nomination. I am also grateful to the PCB for proposing my candidacy as the ICC President. I assure you all that I will stand shoulder to shoulder with all the ICC Members as we continue to strive to inspire more and more people to fall in love with the game we cherish,” he added. India may go ahead with Zimbabwe tour

He was also congratulated by N Srinivasan, ICC Chairman as he said, “Zaheer’s outstanding career as a stylish right-handed batsman is reflected in his remarkable record with 108 first-class hundreds and more than 7,500 international runs.”

“Zaheer is clearly an iconic cricketer who always played the game with skill, flair and in the  true spirit. He is a worthy ambassador of our great game,” he added. Sachin Tendulkar voted as greatest Test cricketer of 21st century

Zaheer was also an ICC match referee in the 1993 series between Sri Lanka and the West Indies in Sri Lanka. Dilip Vengsarkar to head Cricket Improvement Committee of MCA 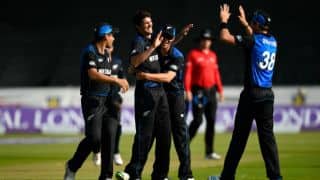 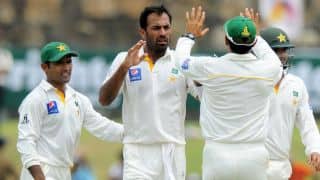