Pakistan need to work heavily on their batting ahead of the third ODI, given their top-order collapse in the previous game.

Following the much-needed five-run win over Pakistan in the second game, Zimbabwe look to go for an all-out attack and play to their potential in the third and final One-Day International (ODI) at the Harare Sports Club on Monday. Pakistan, who won the first match convincingly by 151 runs, suffered a shocking setback in the second game as Zimbabwe produced a turnaround in their performance, setting up an exciting prospect in the series decider. It will bring the curtains down on Pakistan’s short trip of Zimbabwe, following which they face England in a ‘home’ series in the United Arab Emirates (UAE). LIVE CRICKET SCORECARD: Zimbabwe vs Pakistan 2015, 3rd ODI at Harare

Zimbabwe, who were previously facing issues with their batting order, finally bounced back to form as opener Chamu Chibhabha set the momentum with a vital knock of 90, followed by an impressive innings of 67 from skipper Elton Chigumbura. Brian Chari and Sikandar Raza also made healthy contributions of 39 and 32 respectively. The bowling department has been impressive throughout the series and once again shined with the ball, as most of their bowlers contributed and claimed a wicket each, barring a couple.

Pakistan, on the other hand, has shown consistency throughout the series in all aspects. The previous game however, saw their performance dip for the first time. Although the bowlers were successful in claiming wickets, they leaked a plenty of runs. A major fault in their bowling performance was the wrong line that the bowlers picked. Wahab Riaz was fiery in his approach as he took four wickets for 63 runs, with Mohammad Irfan and Aamen Yamin collecting a wicket each.

However, it was the batting collapse that damaged them the most, as they kept losing wickets at regular intervals and lost their first six wickets for less than 100 runs. Shoaib Malik’s brave knock of a 96 not out and Yamin’s 62 were not enough to rescue them towards victory, as rain and poor light played spoilsport and led to the hosts drawing level with the Pakistanis in the series.

What really could have led to Pakistan’s demise in the second game was the selection blunder by skipper Azhar Ali, who chose to drop Imad Wasim, the top-scorer in the first one-dayer for Ahmed Shehzad. Nevertheless, Pakistan produced a horrible batting performance, which they have to work hard on ahead of the finale.

As far as the likely XIs of the two sides for the third ODI are concerned, Zimbabwe would want to disturb their winning line-up from the previous game. However, it remains to be seen if spinner Graeme Cremer could feature in the game if he recovers fully from a twisted ankle in the previous game that saw him exit the field with an unfinished over. If he misses out, Zimbabwe could mull bringing in leg-break bowler Tinotenda Mutombodzi. Pakistan, however, would well like to make a few changes, especially bringing back Wasim and Shehzad for the batting line-up, while the bowling attack is likely to remain unchanged. 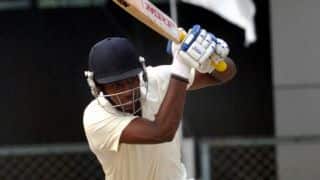 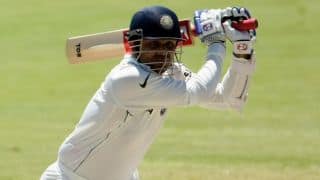